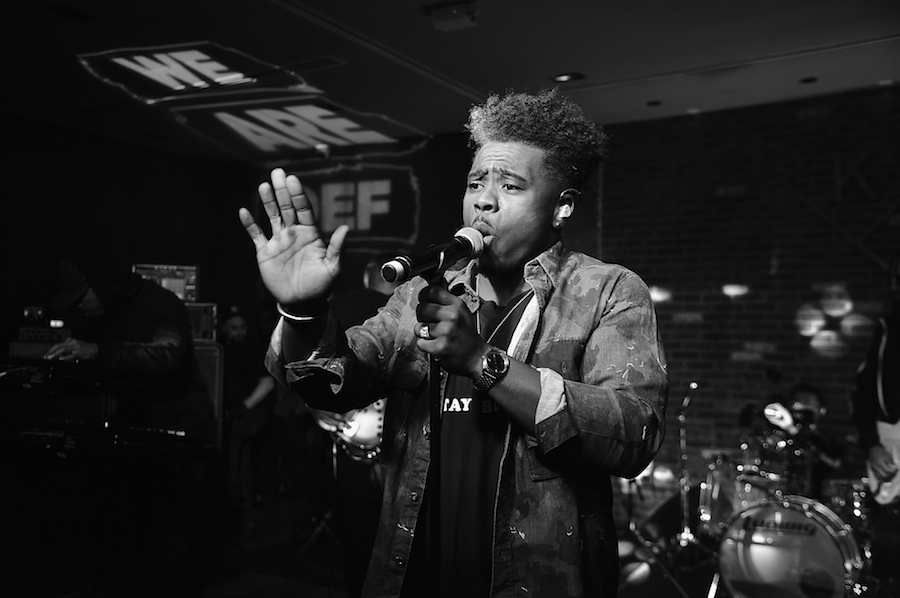 You know that perfect moment when you stumble upon an artist who is somehow exactly what you’ve been looking for? Me too. And, even better, that moment hit me most recently upon discovering singer Earl St. Clair!

Earl Johnson II, known by his stage name Earl St Clair, first began his career as a record producer, and originally had no plans to promote as a solo artist. However, after recording reference tracks for artists who liked his beats, he decided to try switching to singing full time. After signing with Def Jam Records in 2016, the rest was history.

He is best known for his classic, old school blues sound and his deep baritone voice. Most of his songs sound like they’re coming right out of a 1920s jazz club but still carry a timelessness that makes them super easy to listen to even today. According to his profile on Def Jam’s website, that sound comes from how he used to listen to “B.B. King, Sam Cooke and blues artists born in the Delta and known nowhere else but down South.” You can hear that deep South influence in every note.

In March 2017, he released his debut EP My Name Is Earl through Def Jam Records, with a music video for track “Ain’t Got It Like That”. The song delves into his thoughts on how he defines personal success, and how he hopes to, one day, “have it like that.”

My personal favorite line is the first verse, where he talks about how he’s doing compared to people from his past:

“One in a million, maybe it's me
The chances of winning are slimmer than three
Moving and shaking and makin' it happen
Producing and singing while people was trappin'”

In an interview with NPR’s “All Things Considered” in early 2017, Johnson talked about how the meaning of the song lay in his personal experiences before he signed onto a label. "I was doing production and writing where the money doesn't come consistently," says Johnson. "A lot of my friends, you know, they were doing some illegal activities in order to keep their funds up. And that's not my choice... So I had a lot of people who allowed me to stay on their couch, sleep in their basement, borrow their money to keep me afloat while I'm trying to chase my dreams..."

Along with having a great voice, production experience, and a deep appreciation for those who helped him out along the way, he is currently preparing for another album to be released this year. Based on a short teaser video he uploaded to his Facebook page, it sounds like we can expect more of his trademark soulful sound.