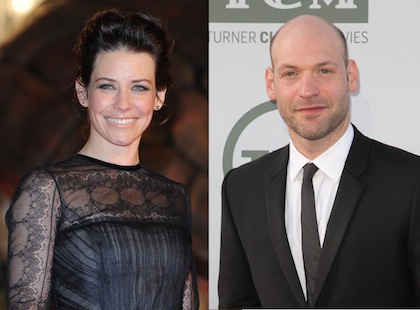 Over the past few months, Marvel’s Ant-Man has gone through more changes than an actual ant colony. The film’s original director, Edgar Wright, dropped out and was replaced by comedy director Peyton Reed, and most recently Patrick Wilson, Matt Gerard, and Kevin Weisman left the film as well (Wilson’s departure was due to scheduling conflicts). Two new actors have scurried towards it in their place, Evangeline Lilly (“Lost”) and Corey Stoll (“House of Cards”). Lily will portray Hope Pym, the daughter of Hank Pym (Michael Douglas), while Stoll will serve as the film’s big baddie, Darren Cross.

In the comics, Cross is an archetypal villain who, by doing naughty acts, drives Scott Lang (Paul Rudd) to become Ant-Man. He is the tycoon of a massive technological company, similar to Stark Industries. However, in this version, Cross is “Yellowjacket”, which was the superhero name Pym gave himself when he fought crime. This all seems a bit confusing to me, as we have two different Ant-Mans (a current and a former) and now a third evil Ant-Man. Perhaps this will make more sense in the film. Either way, that’s a lot of Ant-Mans! Douglas has also eluded that Cross takes his character’s tech company in the wrong direction, so it seems that, in the film, they are partners.

Little has beens revealed about Lilly’s role in the film. In the comics, Hope is a rather minor character -- she is the daughter of Hank Pym and Janet Van Dyne and later transforms into the nasty Red Queen (no relation to the Red Queen or Queen of Hearts in Alice in Wonderland). Currently, it seems that Cross will be the only villain, but who knows, perhaps the Red Queen will jump in on the action too!

That’s a lot of updates to the film, which has yet to start shooting. Only time will tell how all of Ant-Man will come together. Will it be like a delicious summer picnic, or will it turn into a picnic ruined by... ants?

Are you excited to see Ant-Man?