"American Horror Story" Set to Get Freaky...er Than Usual! 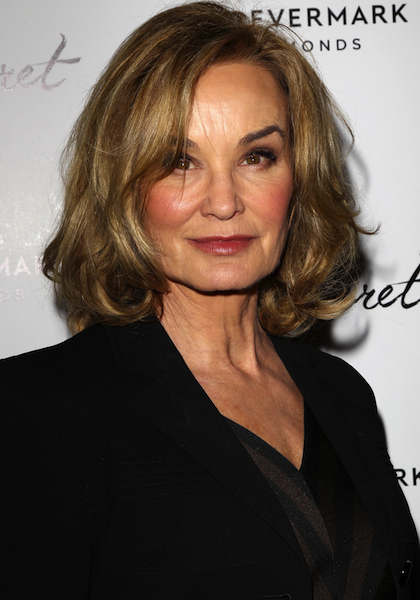 It was first set in a creepy haunted house starring Jessica Lange. Then it took place in a disturbing insane asylum set in the 1960s, starring Jessica Lange. Shortly after, it followed a full coven of witches, including -- you guessed it -- Jessica Lange. “American Horror Story” has certainly never been boring. Each season tells a new “horror” story, with the same cast portraying different roles in a different context. And it is always guaranteed that Jessica Lange will play one of those creepy characters.
Creators Ryan Murphy and Brad Falchuk recently announced where the fourth season of “American Horror Story” will take place, and it may be its freakiest yet: a freakshow! Season 4, titled “American Horror Story: Freakshow”, will begin in 1950 with a traveling freakshow, run by a German ex-pat (Lange), one of the last remaining freak shows in the country. The carnival is held in Jupiter, FL, which is actually the hometown of our very own editor extraordinaire, Katie Marzullo (who recently wrote another article enlightening the masses on this unique locale where she grew up).
A number of other familiar faces from the series are set to return in Season 4, including Sarah Paulson (who has appeared in all three previous seasons), Evan Peters (who has also appeared in all 3 seasons), Kathy Bates (who starred in Season 3), Angela Bassett (also from Season 3), and Frances Conroy (who has appeared in all 3 seasons), all of whom will portray gruesome freaks that Miss Lange has rescued. One new face set to join the “American Horror Story” ensemble will be “The Shield” star Michael Chiklis. It has not yet been revealed who (or what) Chiklis will portray, but I’m going to put my money on a nasty freakshow barker. I feel that every strong carnival needs a ruthless leader, or, at the very least a cruel strong man so that the freaks may revolt and take back the carnival (à la Tod Browning’s classic film, Freaks).
I am very curious for this season of “American Horror Story”. I have always had a deep fascination with freak shows, and always felt a deep compassion for those who were forced to be in them. Freaks is one of my all-time favorite films, and I am a fan of the short-lived whimsical drama “Carnivale”, which had only two seasons on HBO. It will be interesting to see how the creators interpret the term “freak show”.
Are you excited for “American Horror Story: Freakshow"?
(Photo via FayesVision/WENN)
- Sarah Osman, YH Staff