All Grown Up: 'Christopher Robin' Proves You're Never Too Old For Childhood Whimsy! 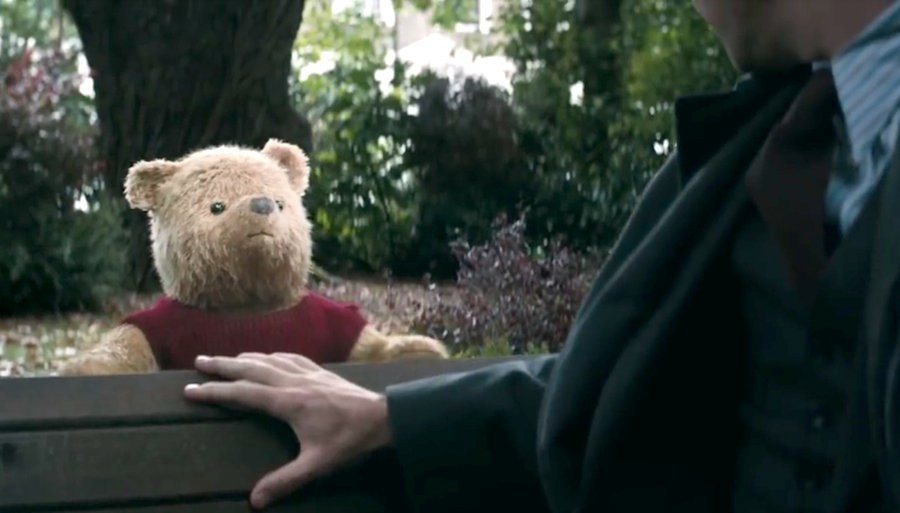 Everyone loves a good throwback, and while we may have outgrown our Disney days, we’re never too old for Winnie the Pooh... and neither is Christopher Robin!

Our favorite “tubby little cubby all stuffed with fluff” is back as he, along with the Hundred Acre Wood gang, reunites with Christopher in the newly-released full length trailer for Christopher Robin.

An older Christopher Robin (Ewan McGregor) is pulled away from his family by an overly demanding job and boss, but Winnie the Pooh and friends reunite to remind him of what’s important in life: people.

This film is the perfect mix between old and new, featuring all our favorite characters, though they may be a little tattered from being so well-loved for so long. Legendary voice actor Jim Cummings, who has been voicing Pooh since the late-'80s and Tigger since the '90s, returns to reprise both his roles. While the other woodland creatures may have been recast, they all sound spot-on in the trailer.

Christopher Robin is sure to be a hit, as it follows Walt Disney Studios perfected formula of transforming classics into live-action blockbusters, from Maleficent to The Jungle Book. In fact, in Disney’s live-action film Beauty and the Beast, McGregor voiced Lumière.

The film promises laughter, tears, and the always guaranteed words of wisdom from Winnie the Pooh himself:  “I always get to where I’m going by walking away from where I have been.”

Thanks, Pooh. I know where I’m walking to on August 3... to the nearest theatre to see Christopher Robin!