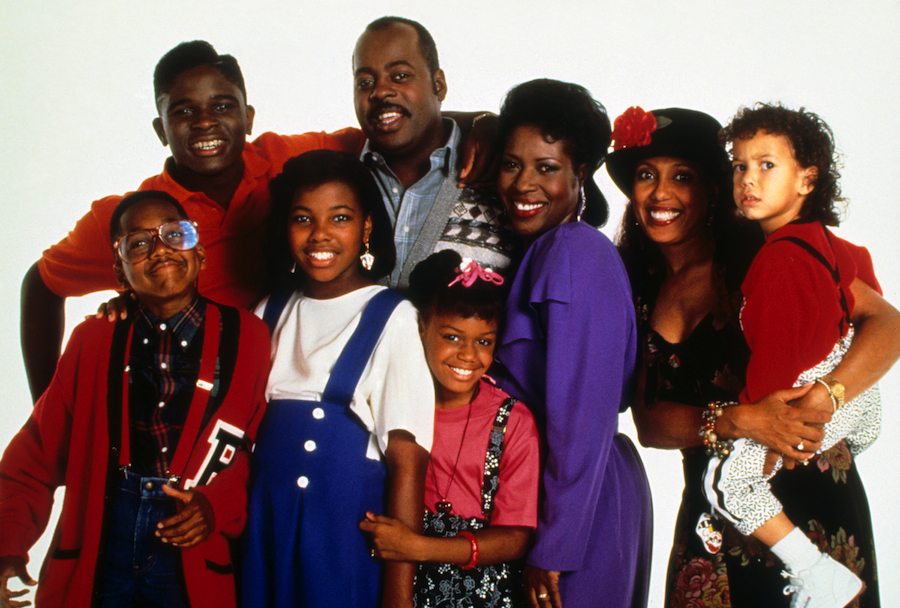 Streaming has become the future of television. With massive hit shows like “Game of Thrones” and “Orange Is the New Black” raking in so many streaming viewers these days, it seems like the days of watching TV on an actual television or tuning in one week at a time to your favorite shows are becoming things of the past. Feeling nostalgic yet? This is where Hulu comes in. The massive streaming service is taking it old school with their newest acquisition of shows by reintroducing ABC’s classic '90s Friday night "TGIF" lineup… Or should we say "TGIH" (Thank Goodness It’s Hulu)??

TGIF, simultaneously meaning Thank Goodness It’s Friday and Thank Goodness It’s Funny, launched in September of 1989 on ABC as a method of branding an entire block of comedic programming, rather than just one show – creating an immense amount of television magic. The popular TGIF line-up ran for 11 years before coming to a close on the same night its popular show “Boy Meets World” aired its finale. In the 11 years of its very successful run, TGIF spawned several iconic, G-rated family-friendly comedies that Hulu is bringing back for your viewing pleasure. Warner Bros. TV-produced shows, which all saw a good time on TGIF -- “Full House”, “Family Matters”, “Step By Step”, “Perfect Strangers”, and “Hangin’ With Mr. Cooper” -- will all find their way back together when Hulu adds them to their streaming catalog this September.

Many of you reading this are probably too young or just not as familiar with these classics; some other might just need a refresher on the plots of each one, so check out a more detailed look at each show below!

Thanks to Netflix’s reboot with the sequel “Fuller House”, you’re probably most familiar with this one. “Full House” is the classic family sitcom. You’ve got Danny Tanner, a recent widower, who recruits the help of his musician brother-in-law, Jesse, and stand-up comedian best friend, Joey, to assist him in raising his three daughters: D.J., Stephanie, and Michelle. It’ll make you laugh, it’ll make you cry, and it’ll make you want to join the Tanner family for sure. “Full House” premiered in September of 1987 and ran for eight seasons before coming to a close in 1995.

The Winslow family is your new favorite bunch. Carl Winslow is a Chicago police officer living with his wife Harriette, their three kids – Eddie, Laura, and Judy – his mom, Harriette’s sister, and her baby Richie. The big family dynamic only leads to hijinks, chaos, and especially good times. The Winslow’s nerdy next-door neighbor Steve Urkel is definitely a crowd favorite, despite all of the shenanigans he puts them through. “Family Matters” premiered in September of 1989 and ran for nine seasons before ending in 1998. It also became the second longest-running U.S. sitcom with a majority of African-American actors. This one deserves your attention!

There are step-siblings, step-siblings, and more step-siblings in this sitcom about the blended Foster-Lambert family. After a trip to Jamaica brought Frank Lambert and Carol Foster together, the two raise their combined six kids together under the same roof in Washington. The kids must learn to get a long with each other, love each other, and learn how to live together. The series ran for seven seasons, spanning from 1991 to 1998. If you have any siblings, you can definitely relate to the troubles and mayhem that ensue in this one!

Larry Appleton and Balki Bartokomous are distant cousins. With Larry having just moved into his own apartment in Chicago, Balki, native to Mypos, a Mediterranean Island, goes to America with every intention of moving in with his American cousin. Only problem? They are, hence the name, perfect strangers. Larry and Balki become the best of friends – with Larry taking Balki under his wing and Balki teaching Larry a little more about life. This one is a must-see for anyone who loves comedy between best friends – it’s real, it’s funny, and definitely will pull at your heartstrings. “Perfect Strangers” ran for eight seasons, beginning in March of 1986 and coming to an end in August of 1993.

This one might be the most fun of all. When an ex-NBA player moves in with his childhood best friend, who happens to be a female, and her other friend, things get interesting. It’s definitely a girl-versus-boy scenario most of the time, but the assistance of his female friends might be just what Mark Cooper needs to navigate through his life and keep his head on straight. “Hangin’ With Mr. Cooper” premiered in September of 1992 and ran for five seasons before coming to a close in August 1997.

Feeling even more nostalgic now? Mark your calendars for September 29, whether you binge watch or decide for the classic TGIF viewing process, it’s sure to be very funny time!