Aaron Paul Kicks Into High Gear in 'Need for Speed' 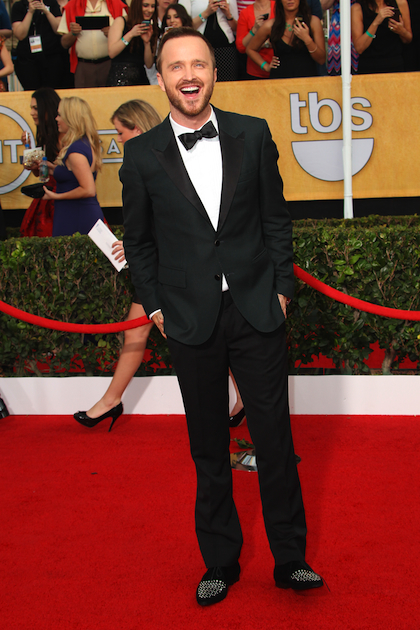 Do you feel the need? The Need For Speed?

Scott Waugh has brought to life the video game for a film adaptation called Need For Speed. But the real headliner of the film is the star of the movie, the one and only Aaron Paul!

The last time we saw our beloved Jesse Pinkman (Paul’s character on "Breaking Bad"), he was speeding off into the sunset and towards freedom, and now Paul has taken that further in his new role as an action star role. He plays a street racer who just got released from jail for a crime he didn’t commit. Soon after his release, he goes on a race across the country to avenge the murder of his friend.

Check out the trailer for the film:

It’s so nice to see Aaron Paul again since "Breaking Bad" ended. The film is also expected to be in 3D for a more action-filled and thrilling adventure.

The film is definitely going to have some crazy stunts and insane stunt driving, which Aaron Paul did a lot of on his own. Check out this video of Aaron Paul, being his cute but badass self, learning how to stunt drive.

Who would have thought that a car racing game would make the great premise for a movie?

Here’s the introduction video for the game, Need For Speed: Most Wanted. Check it out and compare it to the movie trailer:

Go on their official website to get a bunch of extras about the cast and behind the scenes, and don’t forget to catch Need For Speed in theaters in March!