A 'Bring It On' Reboot Would Have Us Doing All The Spirit Fingers! 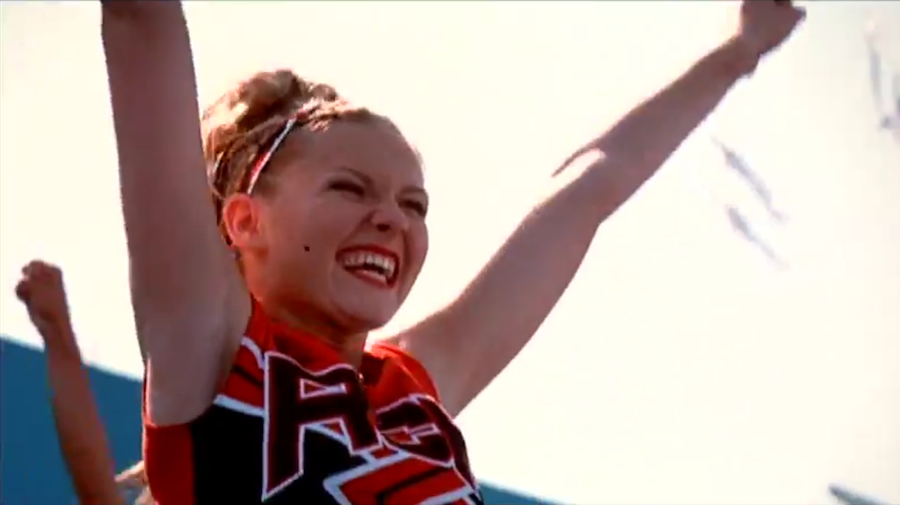 Can you believe it’s been almost 20 years since we last sawKirsten Dunst and Gabrielle Unioncompete against one another as Toros and Clovers?! Because, I definitely can’t! I feel like it was just yesterday that I was putting in my VHS tape and rewinding the entire movie so I can watch Bring It On over, and over, and over again. Yes, we still had VHS tapes at the time.

It is an understatement to say that time has flown by! Now, a girl could only dream of seeing some Toros and Clovers in the atmosphere again. WAIT! This dream can POSSIBLY come true! Kirsten Dunst just revealed on "The Kelly Clarkson Show" that she would be down to remake the original series! AHHHHHH! Did you just scream?! Because, I just screamed. She literally said, “It would be so fun.” Yes Kirsten, it would be, so PLEASE make this happen… for all of us!

If you haven’t seen this movie before, you probably live under a rock. Just kidding, I won’t be rude, but come on, seriously, this was like THE best movie in the early-2000’s.

This movie was so good they decided to follow it up with some sequels… but, they were all missing a very -- and I mean VERY -- important ingredient: the OG cast. Like, hello?! What is another Bring It On film without Kirsten, Gabrielle, Eliza Dushku, Jesse Bradford, Clare Kramer, Natina Reed, or any of the other cheer squad members for that matter?!

Others have also made little hints that they would be down to remake Bring it On with the OG cast. The director of the film,Peyton Reed, has even admitted that he’s played around with this idea. AND Gabrielle Union recently posted her 10-month-old daughter Kaavia in a Clovers cheer form, so you know she’d be down as well. At least that’s the assumption I’m making from that post.

Bring it!!!!! Thank you @runzarestaurants for @kaaviajames Runza Clovers outfit to kick off her very 1st visit to #Nebraska ???

The big question is, what would the new film even look like? I mean, the girls are now all… WOMEN. It’s almost 20 years later, they obviously couldn’t still be in high school! Maybe Dunst and Union could be cheer coaches for the Toros and Clovers? I wonder how that would play out. Oh, and Dunst and Bradford would definitely be married. I mean, come on! After seeing the teeth-brushing scene, I think we all dream of them being together forever.

Anyways, I think all of Hollywood should take Kirsten Dunst’s comments very seriously and make this happen. I’ll keep doing my spirit fingers until I hear the good news.