8 Best MCU Characters to Isolate with During Quarantine! 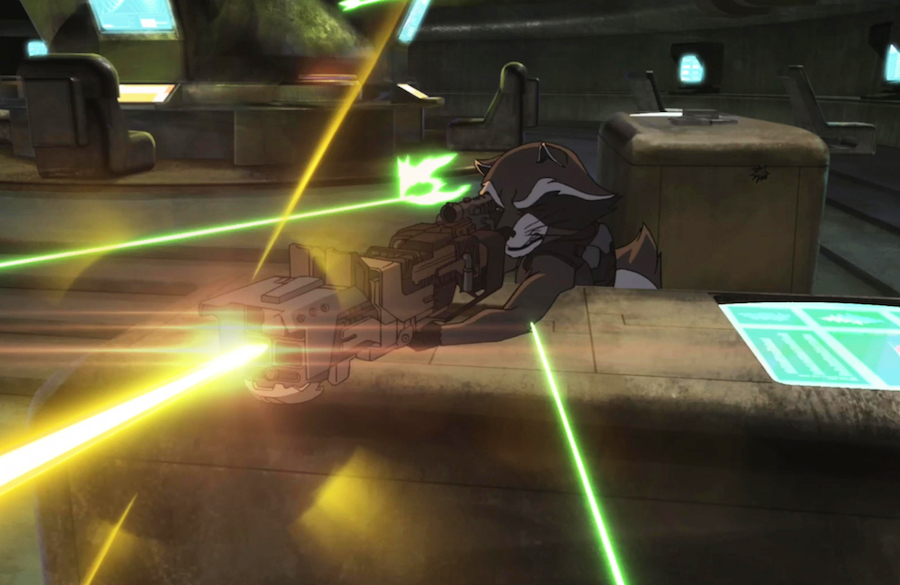 The Marvel Cinematic Universe is filled with an ample amount of amazing characters that fans can’t get enough of watching on the big screen. From interstellar talking trees to magical sorcerers, there is no shortage of intriguing individuals that have made the jump from the pages of Marvel comics to the movies.

After three phases, a solid lineup of heroes have emerged, and there has been quite a debate about who is the best amongst the rest. While that discussion could go on forever, in these isolating times, the thought has arisen: if one could be quarantined with members of the MCU, which would be the best-suited candidates for lockdown?

Of all the Avengers that have ever assembled, here are the top contenders that would make ideal isolation buddies.!

The Guardians of the Galaxy introduced several great characters into the MCU. While all of them have a special place in all of our hearts, Rocket Raccoon is the perfect choice for an isolation companion. His ability to build things would come in very handy when unable to get maintenance to come through. Rocket has also shown he can motivate even the laziest of people, like the out-of-shape Thor in Avengers: Endgame. The loveable, wisecracking, anthropomorphic rodent, who is said to be a big part of Guardians of the Galaxy: Vol. 3, has a lot of great qualities to make lockdown not seem so lame. If any uninvited guests try to break quarantine, the array of boobie traps and weaponry he would have in store will ensure nothing gets in or out.

Nebula may be a bit reckless at times, and sometimes lets her emotions get the better of her, but despite all that, everyone knows she would make an ideal companion in any endeavor -- if she trusts you, that is. It's good to have people around you can rely on in a crisis, and Nebula has proven time and time again that she would turn back the hands of time, literally, for those she cares about. Plus, we know from Endgame’s opener she knows how to pass the time, so at least you know if you ware locked down with this daughter of Thanos, the paper football tournaments will be very fierce and competitive.

Scott Lang’s deal with the government put him under house arrest before he went into the Quantum Realm. During this time, fans got to see what this guy does when he’s stuck in lockdown, and all of it is nothing short of magnificent. From building elaborate recreations of past battles to jamming out on Rock Band, Ant-Man knows how to throw a good time in isolation. And if things get too crowded, he can always just shrink in size, giving you the space needed. The personality, imagination, and powers all make Lang one of Earth’s Mightiest quarantine buddies.

Natasha Romanoff has been the foundation holding the Avengers together since the beginning, and being the only one without powers in the top echelon of Earth’s Mightiest Heroes makes her an asset in any endeavor. She is used to going underground or hiding out for periods of time, and we all know she has a history of working solo. Black Widow knows how to get through tough, isolating times and could teach you a thing or two about becoming an Avenger using the extraordinary abilities one already has in them. Plus, the fact that she’s a highly trained assassin will keep you on your toes until its safe to venture outside normally again.

Wong spends most of his days in the library at the Sanctum Sanctorum, so he would have some crazy stories to tell. His tales of pasts sorcerer supremes and different realities would be just what the doctor ordered when trying to escape an isolating reality. No one can argue it would be nice to just sit back with a pint of Hunka-Hulka Burnin' Fudge and soak in all the wisdom from the wise master of the mystic arts. And if you've had enough of staying indoors, he could just conjure a portal to a dimension where it's safe to venture outside.

Shuri proved in Avengers: Infinity War that she was arguably the smartest person in the MCU and showcased utter brilliance in her ability to create game-changing tech. Being in isolation with the Wakandan princess would be anything but boring, as she would undoubtedly have a plethora of Vibranium-made gadgets that would be incredibly entertaining. She’s a healer, a jokester, and, if need be, she can drive your car to get a wash, oil change, and tune-up without having to leave the house, making her an above-average lockdown compadre.

Every being everywhere wishes they could hang out with Korg and Miek on a regular basis, so being stuck in lockdown with New Asgard’s finest dynamic duo would be pretty fantastic, to say the least. In isolation, these two gladiators would be great to knock back a few cold ones and jam on Fortnite for hours on end. Besides being a fun couple of characters, they would not be afraid to help you fight off any ghosts that try to break your quarantine.

Mantis probably isn’t many people's first choice in a fight, and while she can definitely hold her own, it's safe to say her talents are best utilized off the battlefield. She is a kind, caring individual that just wants to be friends, making her an excellent companion for any isolating ordeal. Not only is she super friendly and funny, but if things get too crazy or cabin fever starts to set in, she can put you to sleep. Mantis’s naps are notoriously known throughout the galaxy to be an exceptional remedy for boredom and stress resulting from any less than stellar situation.