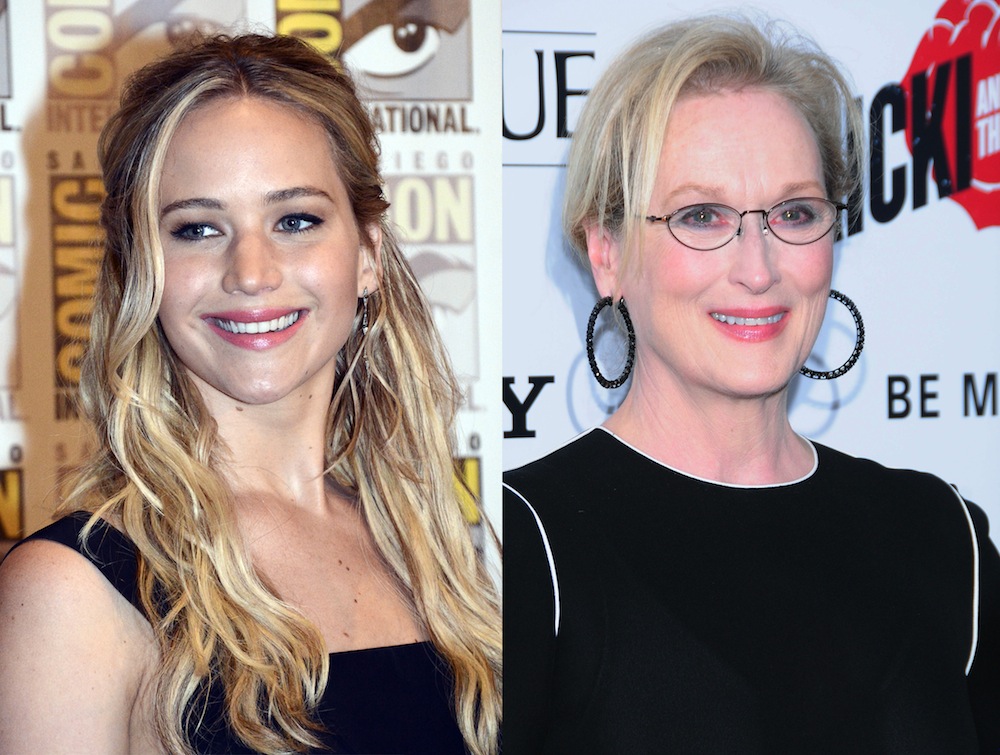 As much as the actual story of a film attracts people to see movies, we all know that is not the main reason people spend their money at overpriced theaters is because of the cast.

Casting a movie or television show is one of the most important aspects of a successful project in entertainment. It is imperative that casting directors find the right actors for the part otherwise the story of the film doesn’t come across as well or as real. However, it’s not just casting the right individual actors for the part, but it’s also pairing the right actors together. Actors have to have a certain level of chemistry in order for the story to be told on screen in the most successful way possible.

For example: Rachel McAdams and Ryan Gosling in The Notebook (obviously); Kate Hudson and Matthew McConoughay in How To Lose A Guy In 10 Days (so good that they put them together again in Fools Gold); Melissa McCarthy, Rose Byrne, and Jason Statham in Spy (fantastic!); Jane Fonda and Lindsay Lohan in Georgia Rule (#TBT); and Miley Cryus and Liam Hemsworth in The Last Song (sorry to tug on your heart strings with that one). All of these movies were so great because we couldn’t picture ANYONE else playing the parts.

For this reason, we’re giving you actors that would make great co-stars – or so we think! Now, don’t get me wrong, casting directors may read this and think nope – bust! – considering they may or may not have a leg up on us. But from an audience perspective, we can dream, right?

Salma Hayek is absolutely drop dead gorgeous, and looking at Brad Pitt never gets old… like, ever. Aside from the fact that they’re heaven on the eyes, the two carry around confidence and poise like it’s a body part, and quite frankly – that’s hot. On top of that, they have absolutely slayed their acting careers. I mean, have you ever seen a bad Salma or Brad film? Yeah, no.  So WHY hasn’t this happened? No one is really sure, but we’re feeling a steamy action romance film with a heavy focus on the romance part. In fact -- scratch that -- just romance. Because, as previously stated above… they’re hot. I rest my case.

Does this even need an explanation? Two of the best action stars in the biz and not one movie made where we get to see the both of them IN action?? After all, it would be a total crime if these two never co-stared by the end of their careers. We don’t know about you, but we are DYING to see these two kicking butt and taking names on the big screen soon. Like, very soon. Please and thank you!

At a first glance, you may be thinking, “Eh, I don’t know think so.” But when you reeeally think about it? YES! Both of these ladies have made such a name for themselves in this industry in so many different types of films that it’s about time they grace us with their presence in a film simultaneously. Cameron Diaz is the perfect mix of hot and hilarious, and she carries a certain kind of confidence around with her that EVERY woman wishes they could pull off. Not only does it show in real life, but it also shows on camera as well, no matter what kind of role she plays. Anne Hathaway has proved that she can pull off just about any kind of role herself, and not only that, but she always executes it flawlessly… which matches her physical aspects as well. So, it’s about time these two stunners get together already.

So, we know these guys worked together back in the day, 1993 to be specific, on a little film called What’s Eating Gilbert Grape (#classic), but it’s now 2015 and we don’t know about you, but we’re Depp and DiCaprio deeeeprived! It would be so great to see them take on a PG-13 action-comedy film and something a little less dramatic than what Gilbert Grape delivered. These men are both obviously so established in their careers, and while they are two very different kinds of actors, they’ve proven their chemistry. Now that they’re both older, wiser, and a little bit more experienced, we are SO ready to see them co-star. Our eyes… our hearts… our minds, bodies, and souls. Amirite?

As the great Matthew Mcconaughey said, “alright, alright, alright!”. Not sure if y'all are aware, but Sandra Bullock went to a little school down south called East Carolina University (#purple! #gold!) giving her the ring of a Southern Belle. Well, maybe not quite as loudly as Reese Witherspoon’s Southern Belle rings, but close enough. These two have both played similar roles throughout their career, and the charisma and grace they exude sure do ring the co-star bell in our opinion. At least if there was one, we’d ring it! They’re beautiful, bold, and talented, so get on it Hollywood. We’re ready!

Ever laughed so hard you cried? In case you haven’t had that experience in your lifetime yet, watch a Melissa McCarthy or Steve Carell movie and that will do the trick. Unfortunately, you have to watch them separately for now until the Hollywood Gods put the one and one together like we already have. Lets be honest, these two comedic geniuses could probably work with just about anyone you put them with, so there’s that. But on-screen, performances by both McCarthy and Carell seem like they’d make one heck of a match in both co-star and comedy heaven… if our stomachs and tear ducts can take it.

Last but MOST DEFINTELY not least, there is the amazing Jennifer Lawrence and outstanding Meryl Streep. Or should we stay Meryl Street-Cred? While Steep has proved to Hollywood she can do just about any role handed to her, in a short amount of time J.Law has proved to the entertainment world that she can do the same. From drama and comedy to action and red carpet events, these woman nail it every time. And everyone knows it. The two are confident, crazy talented, and already have Oscar cred. I’m not sure what kind of genre of film we’d be more excited to see the two co-star in, but it’s a strong possibility that something dramatic might heal our deprivation. After all, we know J.Law and Mrs. Street Cred can pull off some drama for sure, so why not together?