5 Reasons Why The New 'Godzilla: King of the Monsters' Trailer Is Every Fan’s Dream!

Godzilla has returned! A new trailer for the upcoming film Godzilla: The King of the Monsters dropped recently, and it displayed some stunning kaiju action that fans have been craving. Beyond its star-studded cast (featuring Millie Bobby Brown, Kyle Chandler, Vera Farmiga, andO’Shea Jackson Jr.), the film boasts an impressive array of classic Godzilla monsters.
Here are 5 reasons why fans of the franchise should be stoked to see these characters return to the big screen for the first time in 15 years!
1. Mothra’s Redesign
This iconic insectoid guardian has rocked the same classic design since debuting in his own standalone film in 1961. However, this film reimagines what Mothra would look like in the new monster universe being put together by Legendary. Appropriately, Mothra seems to bare a striking resemblance to the Muto creatures from the 2014 Godzillafilm, which makes sense considering both species aren’t too far apart from each other on the evolutionary tree. This redesign should also help Mothra hold its own in battle, and doesn’t just sacrifice itself in a fiery explosion.
2. Rodan’s Volcanic Entrance
Like Mothra, Rodan made his cinematic debut in his own film, where he was discovered living in an underground mine. In the Godzilla film Invasion of the Astro Monster (1965), Rodan is taken by aliens from his resting place within a mountain. This film appears to lean towards the latter, as Rodan seems to have made a volcano his home, and his awakening and entrance already looks like one of the most visually stunning moments in the film. Not only that, but Rodan himself looks to have a volcanic outer appearance, as he has taken on his environment and is now using his fiery body to his advantage. Needless to say, Rodan looks hotter than ever!
3. Underwater Godzilla
This wouldn’t be a true Godzilla movie without seeing Big G himself traveling large distances aquatically. The trailer displayed some stunning shots of Godzilla underwater, utilizing his blueish glow to highlight him in the dark oceanic depths. There seems to be a stark red versus blue color palette in the film, but beyond creating an artful visual style, the underwater scenes in the trailer promise some of the most innovative and extensive subaquatic Godzilla sequences in franchise history.
4. Aerial Battles Galore!
Obviously, with Mothra and Rodan in the mix, there’s going to be a decent amount of fighting in the sky. It looks as though Mothra gets involved with Godzilla and King Ghidorah’s rainy showdown, while Rodan takes on fighter planes that he seems to get some sort of enjoyment from grabbing with his monstrous claws or slapping away with his wings. Throw in King Ghidorah, and we could be in store for some fight scenes that take place above the clouds. Technological limitations always confined Godzilla fights close to the ground, but now we could see some truly stunning aerial battles, even if they end up leaving Godzilla all by his lonesome self stuck on the ground.
5. Godzilla vs His Arch Rival: King Ghidorah
Of course, what every Godzilla fan should be sweating in anticipation for is the climactic showdown between Godzilla and his ultimate villain, King Ghidorah. The two have faced off numerous times before, perhaps none better than in the 1991 film Godzilla vs. King Ghidorah. This upcoming film is also a throwback to Ghidorah, The Three Headed Monster, as both films feature the same monsters. However, what everyone wants to see from this film is Godzilla clash with his three-headed, electrifying foe, and it looks as if we will get a showdown of apocalyptic proportions.

3 Reasons The First Annual Day N Vegas Music Festival Will Be a Can't-Miss!
ICYMI: Trailer For The Next James Bond Flick 'No Time To Die' Drops & We Are Both Shaken AND Stirred!

ICYMI: Trailer For The Next James Bond Flick 'No Time To Die' Drops & We Are Both Shaken AND Stirred!
9 of the Most Anticipated Sequels Coming in 2020!

9 of the Most Anticipated Sequels Coming in 2020!
Netflix Releases First Tease For "Stranger Things" Season 4!

Colin Farrell & Paul Dano Slated To Battle R.Patz's Batman as The Penguin & The Riddler!
Celebs Celebrate LEGOLAND® California's 20th Anniversary and So Should You!

Celebs Celebrate LEGOLAND® California's 20th Anniversary and So Should You!
Taylor Swift’s Most Inspiring Quotes From The Trailer of Her ‘Miss Americana’ Doc!

Taylor Swift’s Most Inspiring Quotes From The Trailer of Her ‘Miss Americana’ Doc!
The Most Fierce & Fabulous Looks From This Year's Emmy Awards! 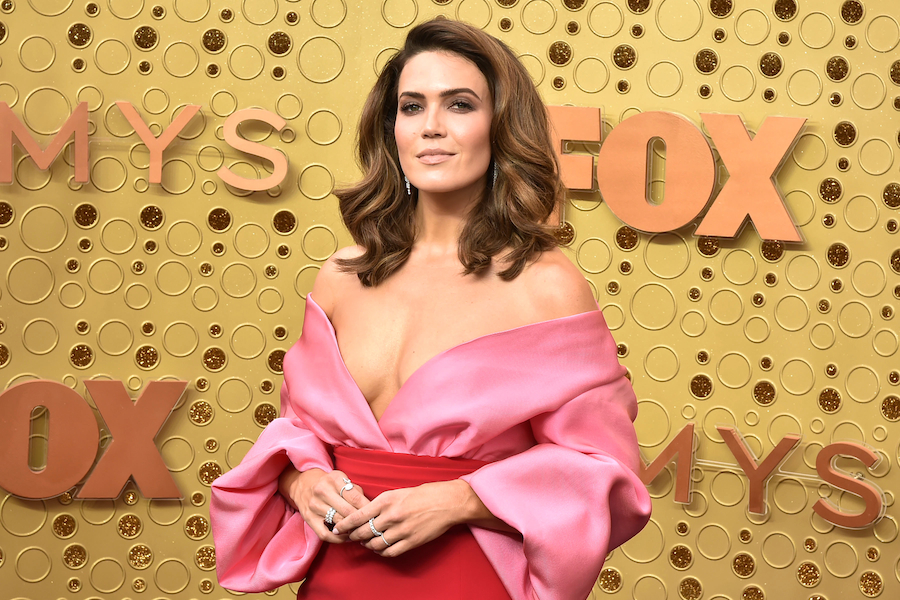 The Most Fierce & Fabulous Looks From This Year's Emmy Awards!
ICYMI: Why Netflix Series "Anne With An E" Needs To Be Renewed!

ICYMI: Why Netflix Series "Anne With An E" Needs To Be Renewed!
Chatting with: "Bunk'd" Star & Advocate Kevin Quinn

ARTIST TO WATCH: LÉON
8 Things That NEED To Happen In 'Star Wars: The Rise of Skywalker'!

8 Things That NEED To Happen In 'Star Wars: The Rise of Skywalker'!