5 Modern Uses For Old Cassette Tapes (Other Than Actually Listening to Them)! 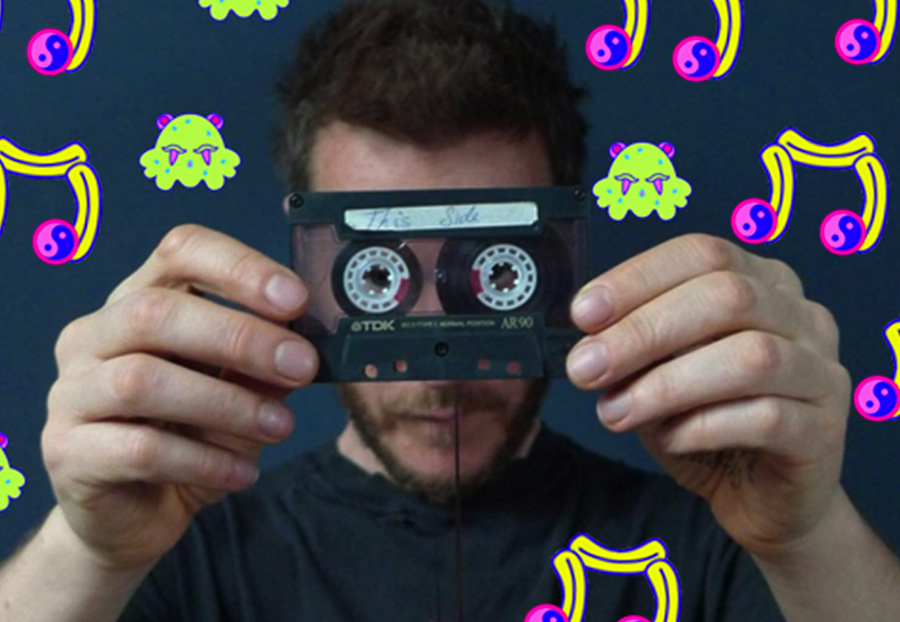 Rapper Eminem recently revealed that one of his classic albums, The Eminem Show, is being re-released -- on cassette. It’s a head-scratcher for sure, but a lot of people thought it was weird when vinyl records started coming back, and now it’s a whole new thriving industry. Word is that vinyl has better sound quality than any digital re-master -- at least on first play -- so people have been flocking to buy them over the last few years. With cassettes, though, they’re not so much better on sound or even functionality. Though they might get you through in a pinch if you're in space...

I remember my first album I ever got was on cassette: Dookie by Green Day. I think that album broke within the first month of listening to it non-stop because it was the only album I had. It was a hassle to rewind, the tape exploded out of the back, and just overall I would not like to go back to the experience of using it... but that’s why they’re coming back! It’s all because nobody will actually listen to it! So after the retro novelty of cassette tape reissues subsides and you're stuck (once again) with a virtually useless and obsolete technology, here are some practical uses for your new cassette tape collection you have laying around...

Centerpiece at a dinner party

Here’s the scenario: you’re throwing a classy dinner party to celebrate nothing other than the fact you are classy and that’s what classy people do. Then it hits you -- this party is too classy. Go to your local Urban Outfitters and get Lana Del Rey’s latest album on cassette, or even The Eminem Show. Soon the tension of you out-classing all your guests will subside as they look at this outdated kitschy remnant of a tougher time for everyone full of constant rewinds to that one song you like on the album, and screwing tape back into a tiny plastic box. They’ll respect you more and call you classy things like “cultured” and “worldly.”

Let’s be honest, almost no cars on the road today have a cassette player, and even those that do have their slot filled with a fake cassette tape that connects iPhones to your sound system. Buy a stack of these ancient, useless, music-playing tapes and keep them visible in your car. Anytime a cop pulls you over, whether you did something wrong or not, they’ll let you go out of sympathy. Cops have to listen to over-caffeinated dispatchers with speech impediments in their cars all day and night. Cops get what it’s like to have your favorite songs staring out, begging to be listened but can never be.

Bows and ribbons for gifts

Another scenario: it’s your SO’s b-day, or worse your mom’s, and you think you’ve crushed it with that awesome bacon and egg scented soap you got because who doesn’t love the smell of breakfast and eggs first thing in the morning? Then it hits you that you have wrapping paper but nothing to tie the package up with, or even a bow to top it off? Then you remember you’ve got cassettes. Bust into those tiny plastic boxes, pull the tape out and finally put it to some good use.

Have you ever been mugged? If not, you probably still know they want things of value. If a mugger pulls a knife on you, you pull out a cassette tape and they’re liable to stab themselves for clearly barking up the wrong tree. We can’t all be winners, even muggers.

Do you have kids or any other kind of younger relative who complains about how tough things are out there for them right now? These little brats grew up with the Internet! They don’t know what’s tough! All of their favorite music seems to be getting rolled out onto cassette now, so take away their iTunes and give them a little box of hell called a Walkman. This’ll teach them to respect their elders and appreciate how they’ve had things too good too long. (It’s also the only time anyone should listen to cassettes.)