5 Hopes We Have For CBS's "Rush Hour" Reboot! 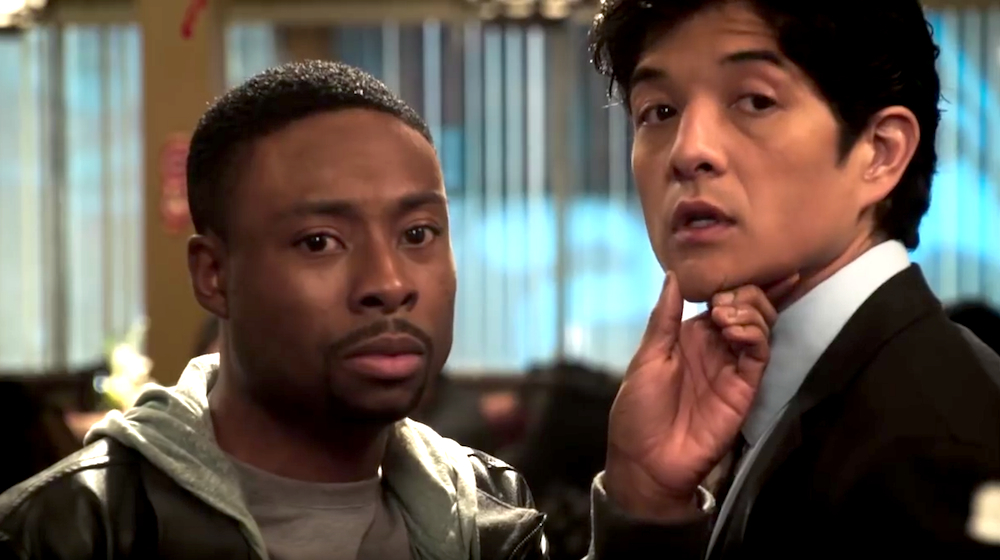 If you’re a Rush Hour fan, take a seat… or… stay seated, because I’ve got something to tell you: There’s going to be a Rush Hour TV series! Yep! I’m excited too to see James Carter and Lee back on our screens and in our lives!

There's just one catch -- the roles won’t be played by Chris Tucker and Jackie Chan. But no worries! Jon Foo and Justin Hires will surely take great care of the roles! I can’t wait to hear Justin Hires say, “I’m Detective James Carter! LAPD!” in that egotistical/boastful manner that we all love from the character! Rush Hour fans have been waiting almost 10 years for a new installment since Rush Hour 3 in 2007, and now we can rejoice and relive what we hope will be more great and funny moments. Here are just 5 things I would like to see in the new TV series reboot of Rush Hour!

- First and foremost, I want to laugh! Heck, we all love a good laugh, but I’d like to see Hires and Foo replicate the comedic chemistry between Tucker and Chan. For example, their first encounters with each other, with Carter not being sure if Lee spoke any English and yelling the infamous line, “Do you understand the words that are coming out of my mouth?” and Lee allowing Carter to believe that he indeed did not understand. Classic.

- Culture Clash! One of the best things about Rush Hour was that we got to see the perspectives of two different cultures and how they operate within them while adding comedy elements. Carter’s humorous reactions to the Chinese culture that he’s never experience is priceless! It’s a good balance between the two and helps the ever-growing bromance between them! Yep, V-Day is coming and I’m in the feels!

- We can't forget about the action! I mean, who doesn’t love a good action-comedy? We all know Lee was the better fighter between the two (sorry, Carter, but, you know... Jackie Freakin' Chan!), so I can’t wait to see how Foo is able to bring out some new Kung Fu a$$-whoopin’ on screen! Plus, I’d like to see Carter and Lee fight side by side; the two of them together are a force to be reckoned with!

- The bad guys! You knew it was coming. I want to see how “bad” the bad guys can get on this show! Nothing is better than seeing the good guys, A.K.A Carter and Lee, take them down. It’s like a “rush”, pun 100% intended.

- Lastly, I would honestly just like to enjoy the new series. I’m yearning for something new to watch, and this is it! I’m really excited to see how they’ll reboot Rush Hour, and if it includes everything I said above, I know I'm going to love it!

So set your DVRs, because "Rush Hour" premieres Thursday, March 31, 10pm on CBS! I’ll be on my couch if you need me!