5 Guest Experiences We'd Love to See at The Wizarding World of Harry Potter! 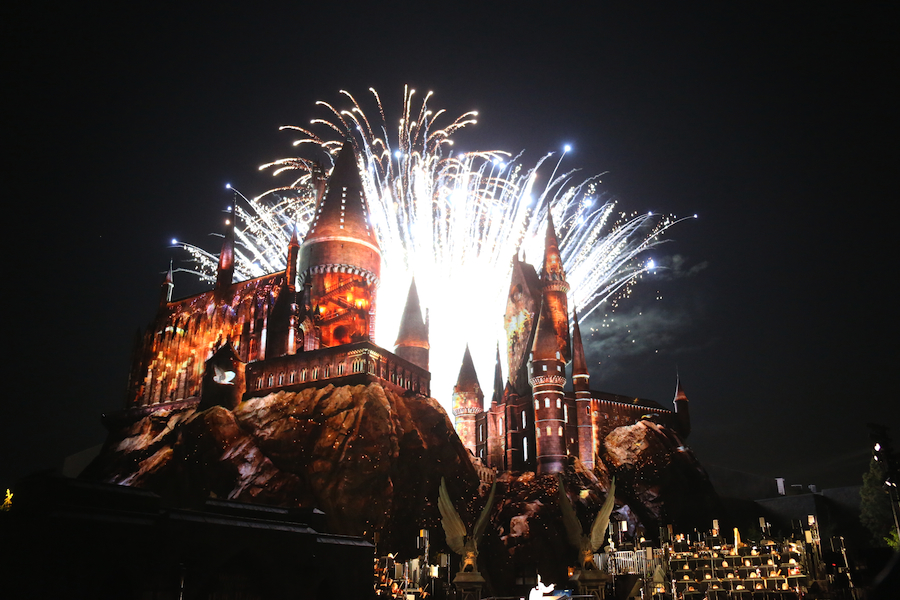 Here in Los Angeles, Potterheads are ecstatic about the fact that their favorite book and/or film series Harry Potter has finally come to life for them at Universal Studios theme park. The Wizarding World of Harry Potter will have much of what fans have always wanted to live see and live, including everyone’s favorite school of witchcraft and wizardry, Hogwarts. But, what does one really want from Hogwarts? Since I know myself to be a pretty big Poitterhead, I asked myself what I would like to see.

Before getting started, I should note that I want nothing more than to be treated like an actual student in the school. I want the real Hogwarts experience that a regular student went through, especially during the exciting times of when Harry and his friends fought of the Dark Lord Voldemort and his chaotic followers known as the Death Eaters… so here it goes!

They should allow you to take at least one of the classes. Teach us how to make potions, fight off the dark arts, or how to fly on a broomstick. Really, any of the classes would be great, even Neville Longbottom’s favorite herbology… debatably more boring than a business class at a liberal arts college. As fans, we deserve this, and also we deserve to be shown up by Hermione Granger as she constantly steps on everybody’s toes to answer a question, thus making us fall into the background where we’re all meant to.

2. Getting a yearbook/being left out

I figured the first one would ease you into this one. Yes, the story mainly follows Harry, Ron, and Hermione, but they are often treated like the only three students in the school aside from Draco, Neville, Luna, Ginny, and any of the forgettable bullies that hang with Draco. The rest of the student body is treated with about as much care and attention as you would give your cousin’s daughter’s uncle’s stepchild’s best friend’s third grade clarinet recital. So, just sit back for a minute and think about what a Hogwarts yearbook would look like? For starters, your picture wouldn’t even be there and all the rock stars of the school like Harry, who may take pity on you and sign it, would write things like, “I hope you don’t die this summer”, or the classic thing you write when you have no idea what to say to the person in question, “Have a great summer”, or, finally, to make it even more impersonal, they may just shorten it to “HAGS”. No matter how you spell it, when they (or anybody) are wishing you to have a great summer, it’s a horrible thing… there is no summer in London, and if WWoHP takes place in Los Angeles, it’s still a terrible sentiment… it’s summer year-round.

Come on, a part of you must be wondering what it’s like to get a magical wedgie. Also, it is yet again another appearance for the man of the hour, Harry Potter, to come and save you. But before you can ask him to chill in your dorm room and exchange chocolate frog cards, he’ll be off doing more important or cooler things, like fighting off the impending murderous darkness looking to devour everybody on a daily basis. Or, you know, hitting on his best friend’s younger sister.

As far as we know, there aren’t really drugs in the wizarding world of Harry Potter, aside from booze that minors are allowed to drink, but Dark Magic can be a slippery slope for many witches and wizards. It’d be great to have a former Death Eater come into the school and rant at students about the perils of using Dark Magic. Sit back and cringe as he screams and cries about having to pawn his favorite broom, eating his own owl for sustenance, and abandoning his child and tagging every sad paternal story with, “What a Dad!”

I would love to see my favorite witches and wizards go to toe-to-toe with each other in a talent show where they have to perform non-magical feats. Watch as Hermione excels once again when she constructs a free energy light bulb that sets off a Mentos and Diet Coke-fueled model volcano. Shudder when Harry clams up when he realizes he can’t find Waldo, much like how he couldn't find horcroxes very well. Lastly, grind your teeth in agony as Ron tries to pack a suitcase. Of course, you being a bottom-of-the-barrel average student, you will not be allowed to compete.

So there you have it, some things that WWoHP in Los Angeles can do to give fans an authentic Hogwarts experience. Of course, it is an entire world in Universal Studios theme park and will have much more to offer, but a great way to start is to really make us muggles feel like the superior magical beings we wish we were by reminding us that, magical or not, we are never gonna be as cool as BMOC Harry Potter.

Wizarding World of Harry Potter at Universal Studios Hollywood is now open to the public. Check out YH's exclusive tour of the park below!