5 "Euphoria"-Inspired Make-up Looks That Have Taken Over The Internet! 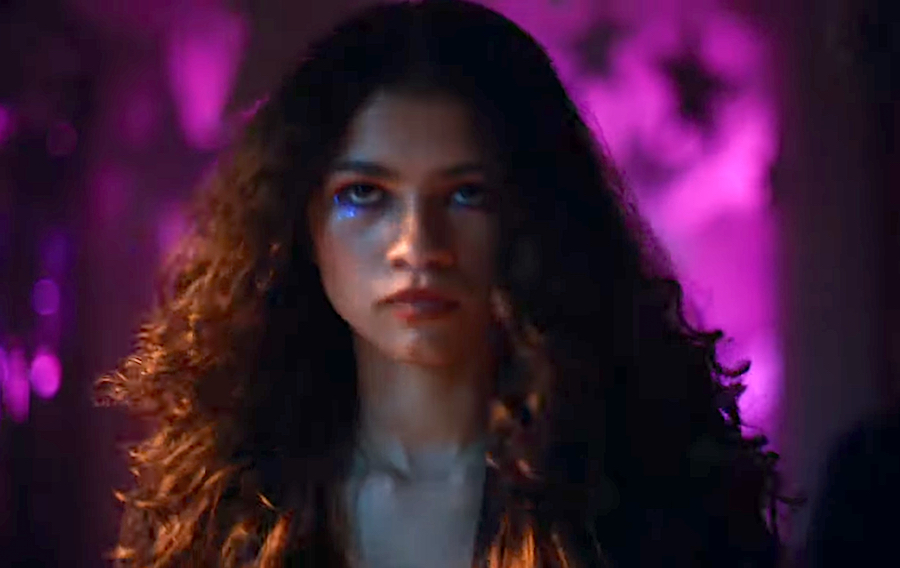 HBO’s “Euphoria” instantly became a hit series last summer and it continues to have the hype, thanks to star Zendaya's history-making Emmy Award win last weekend! The series took home 2 more awards that night, including Outstanding Contemporary Makeup. If you’ve seen the show, you can definitely see why they deserve such recognition. The make-up looks in “Euphoria” are incredibly unique; fans of the show have even recreated their favorite character's glam. If you’ve scrolled through TikTok recently, you may have even noticed a new trend blossoming!

The masterminds behind these iconic looks are Doniella Davy, Kirsten Sage Coleman, andTara Lang Shah. They brought in glittery eyeshadows, playful eyeliner, and loads of rhinestones to express each of the characters' personalities through their make-up. If you want to explore your own creativity and inner make-up artist, we’ve compiled our favorite looks from each character that you can recreate at home!

To kick off this glam gallery, we have Rue’s (Zendaya) look from the final episode. Throughout the series, we would see Rue in either a natural look or in some takes with a glitter/teary-eyed look. You can recreate her Winter Formal look with some burgundy and blue glittered eyeshadow and small adhesive stars (make sure they are safe for your skin!). With the eyeshadows, make sure to cover the entire lid and go below the lower lash line. Add either one or two stars on the outer v of your eye to complete the look.

Rue’s iridescent glitter star finale, Euphoria, Episode 8. Finally it’s story time for this look! This one tied all of Rue’s glitter tear looks together from the season. I went into this in my last post. Our director & writer @mistersamlev asked for Rue’s eyes to match her winter formal outfit, which shimmered burgundy and blue, designed by @heidibivens. I wanted to create an iridescent look that would sparkle blue/purple in some light and look more red in other light. I thought about this for a lot of the Euphoria looks. Like, how will this makeup transform in different lighting set-ups? How can I make the most out of this look but also keep it from overpowering the moment? I got to make @zendaya look a little more dolled up here, as it was supposed to be Jules who got Rue ready for winter formal, and the idea here was that Jules was making her look more feminine. Remember the shot where Rue has like 10 stars on her eyes and glitter everywhere thanks to @hunterschafer’s enthusiastic star placement and also @mistersamlev never saying “cut”!? Then we dialed it back to just one tear-drop placement star which would disappear at the right moment. Anyone notice when it disappeared!? A big concern when designing this look was keeping Rue’s drug use at the end of the episode from appearing glamorous or glorified. If you swipe, you’ll see how de-constructed her makeup became as her anxiety grew and grew. You’ll also see how different this makeup looked in different light. P.S. From what I’ve experienced and seen in my life, Euphoria illustrates drug use in a way that neither glorifies or horrifies, but rather shows everything in between, aka: the real. The intrigue of initial drug experimentation, the non-fatal but often regrettable (if also equally amusing and fun) behavior that can ensue with periodic recreational use, and the swift and unavoidable outcome of persistent drug use, that as we’re all aware can lead to worst case scenario...which leads me to wonder what Sam will write for next season! Did the worst case scenario happen to Rue!? ? // PRODUCTS will be posted in a separate post because Instagram keeps cutting me off! This app can’t handle my lengthy explan

Jules (portrayed by Hunter Schafer) takes the crown for the boldest looks in “Euphoria”. Her looks range from playful eyeliner and colorful eyeshadow to eye spikes. Jules has way too many looks we could highlight, so for now we’ll mention this vivid eyeshadow look. This one is for make-up lovers that have an eyeshadow palette with bold colors. For this look, you would start with a neon red-orange in the inner crease, followed by a pink in the middle crease, and lastly finish up with a neon yellow and neon green on the outer crease. To complete the look, add a thin line of neon yellow along the tear duct.

Alexa Demie’s character Maddy has one of the best make-up and wardrobe looks of the series. She’s honestly a fashion icon at this point! Demie herself is obsessed with make-up -- she’s previously shared that it’s her source of creativity. One of my favorite Maddy looks is from Episode 2. This look is great for beginners that want to play around with rhinestones. The glam involves a natural base; the eyes are the center of attention in this look. Beginning with a black winged eyeliner, glittery blue/teal eyeshadow, and lastly a series of rhinestones that are placed along the eye’s crease.

A post shared by Kirsten Sage Coleman (@kirinrider) on

Eyeliner is something I still need to get the hang of, and seeing all these “Euphoria” looks that require eyeliner has placed me in learning mode. Kat’s (Barbie Ferreira) daring looks throughout the series are fascinating, but one we’d definitely want to try is this neon green look. This eye look is so interesting because, while it outlines the entire eye, it leaves some areas untouched. As you apply the eyeliner and go in for the wing, do not fill it in (same goes for the tear duct).

??? N E O N G R E E N ??? For this tense scene, but Kat and Maddy needed to look rather hard and unapproachable. With this I used a @suvabeauty Hydra FX neon green water activated eye liner pot for a liner that completely circles the eye and leaves some parts with the skin showing around her eye line. It almost plays a mote preventing anyone from getting in. The lip is a more plummy/dark purple with shimmer lip gloss from @narsissist. @barbieferreira once again looks amazing and when she cries, her tears are flowing neon green. #barbieferreira @euphoria dept head @donni.davy #euphoriahbomakeup #feelsomething #euohoriamakeupdept #makeupdept #neongreen #neoneyeliner #wetlips #euohoriahbo #hbo #a24 @hbo @a24 #euphoriavibes

A post shared by Kirsten Sage Coleman (@kirinrider) on

Let’s talk about that Halloween episode. The looks in the episode were EVERYTHING. One of my favorites was Cassie (Sydney Sweeney) dressed as True Romance’s Alabama Worley. The base for this look is quite easy -- your main focus is the eyes and lips. Cassie’s look is a bright and glittery turquoise eyeshadow that covers the eyelid with a wing-eyed kind of finish. Also make sure to go down to the tear duct and lower lash line (a fine eyeliner brush will do the trick). Tie the look altogether with some mascara and a classic red lip.

Cassie’s Alabama Worley from True Romance, Euphoria, Episode 6. Swipe to see pics & vid of my makeup test with @sydney_sweeney who is covering one eye because I didn’t have time to test on both eyes ?‍â™€ï¸ This look was all about letting Sydney’s eyes get a turn to sparkle! I love the effect this glitter has throughout the whole episode, including the very stressful dorm room scene with McKay, which was beautifully acted by @itsalgee and @sydney_sweeney // Makeup in the film stills applied by @kirinrider // PRODUCTS: @maybelline color tattoo liner applied all over the lid with a concealer brush (I do that a lot when I don’t want a blendy look), @lemonhead.la turcoise glitter, @yslbeauty lipstick, @ctilburymakeup magic foundation & @beccacosmetics concealer in the pot. #euphoriahbo #euphoriahbomakeup #feelsomething #euphoriacassie #alabamaworley

Gather your palettes and glitter to try out these awesome looks! If you want to know more about what products were used on the cast, check out the make-up artists’ Instagram profiles. Let us know which “Euphoria” look is your favorite and maybe evenshare your own take on these looks!