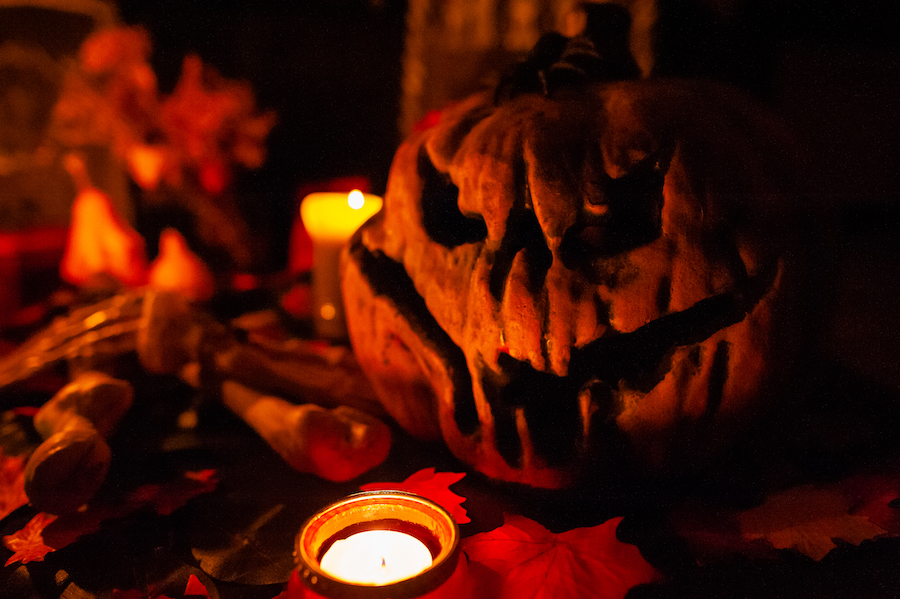 Spooky Season is finally here, and that means crisp morning walks to the local coffee shop and cozying up with a good book. Not sure what to read? We’ve got you covered! Here are some underrated reads to get you in the Halloween spirit!

This webtoon-turned-graphic novel series follows twins Dani and Dorian as they learn how to use their powers and navigate a world that hates witches. With the help of their friends, Monica and Nico, they discover that their witch ancestry may have a dark past. The twins must learn how to overcome the prejudice that they face from non-magic people and take down the powerful witches that perpetuate the bad stereotypes against them. Don’t let the fact that this is a children’s series put you off -- it is seriously the perfect balance of heartwrenching and heartwarming. This series deals with trauma, overcoming societal oppression, and learning self-love. It is the perfect mix of spooky with cozy, warm, friendship-fueled goodness. This would be a great book to read while sitting down to a slice of apple pie after a long day of apple-picking!

Now let's get a little spookier. My Best Friend’s Exorcism is a teen drama set in the '80s where two best friends, Gretchen and Abby, encounter a rift in their friendship after a terrible incident one night where Gretchen is found wandering alone in the woods acting strange. With the only explanation being demonic possession, Abby is left to decipher the root of her best friend’s possession and exorcise the demon. This book has all of the kitchy '80s horror movie goodness but without the oversaturated amount of jump scares. In this book, Hendrix utilizes tropes in a new refreshing way and gives readers the traditional horror story but with an unexpected twist. This is the perfect Halloween book to read on a cold, foggy evening by candlelight.

3. The Girl in White by Lindsay Currie

This is a newly-eleased children's chapter book, but again, don’t let the fact that it's a childrens book put you off. Remember Goosebumps? Yeah, this brings the same kind of terror even in my grown-up life. The Girl in White follows a young girl named Mallory who moves to a town called Eastport, which is known for being the most haunted place in the country. Mallory doubts the haunted claims, until she begins to be followed by a woman dressed in white in her dreams. With the nightmares increasing in intensity and the boundary between her dream life and reality beginning to blur, Mallory has no choice but to believe the haunted stories about her new home. Readers follow Mallory as she tries to uncover the truth about her nightmares and the legends that surround the town. Imagine reading this book while cozied up by the fireplace with a pumpkin spice latte in hand -- Heaven! Or, should I say, Hell...

4. The Death of Jane Lawrence by Caitlin Starling

This has to be the spookiest book on our list! The Death of Jane Lawrence is the perfect mix of Dark Academia and Horror. Throughout the book, we follow Jane Shoringfield, a girl looking for a husband and who lives in a slightly altered Victorian England where magic exists. Jane ends up marrying the mysterious Augustine Lawrence, who warns her against visiting his estate. When Jane must unexpectedly spend the night there, she learns of a history of ghosts and gore at the manor and must survive the nightmare. Jane encounters apparitions, blood, and dark magic, among other terror-inducing sights during her time at the estate. This gothic tale is the perfect book to read aloud around the campfire as a late-night ghost story, surrounded by the creaking of the trees in the howling wind...