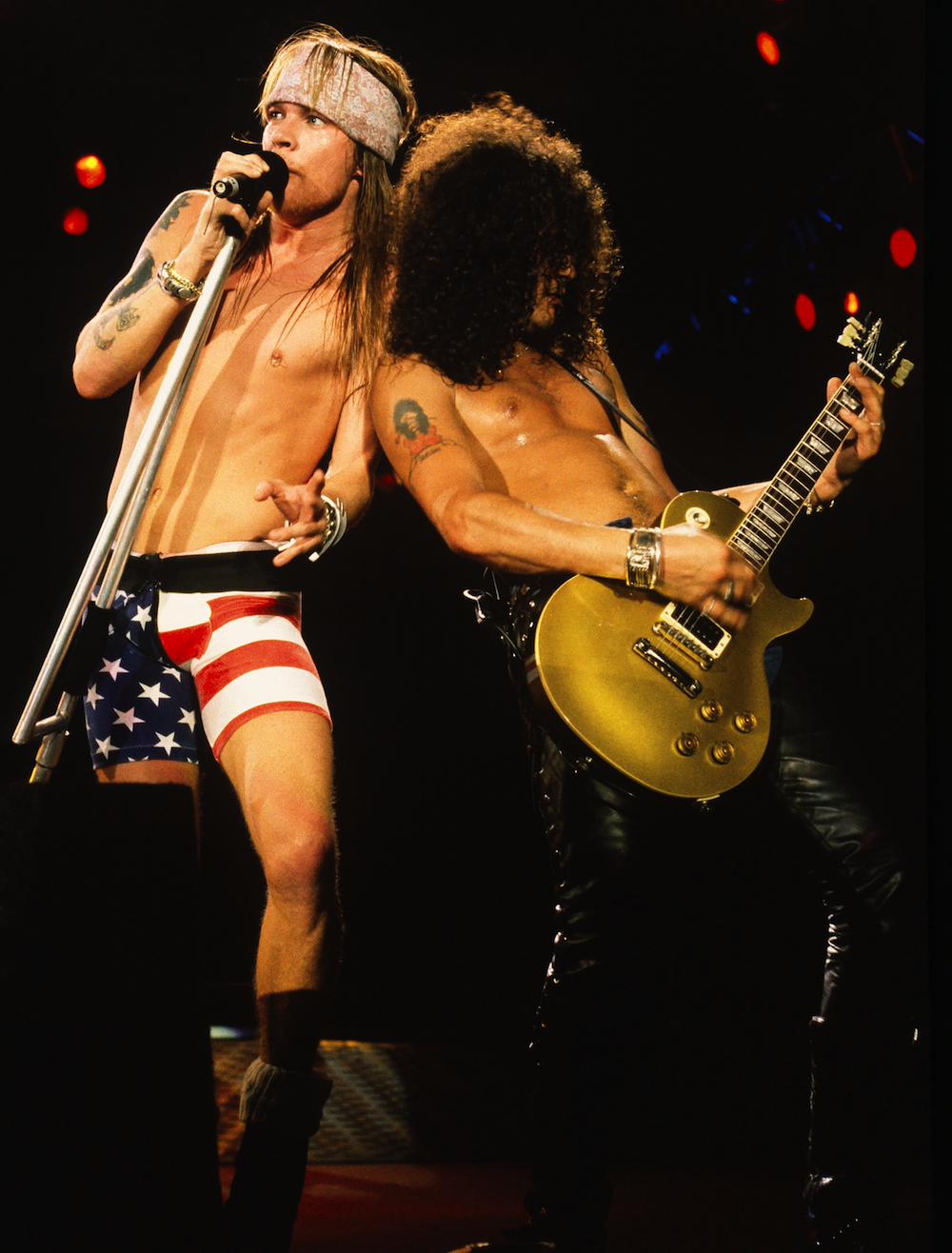 It’s already been over a week since the death of 2015 and the birth of 2016, but boy oh boy, are things starting to look good for some people. I am, of course, talking about the many folks sending in their ballots this year to be nominated for a comeback. So let’s skip the foreplay and get right down the nitty gritty, and show you what I mean!

A few sets of people this year are looking to return to the spotlight after sometime in the darkness, or taking time off from a craft they love and are known for to pursue something a little different. You may have heard of a little music festival called Coachella -- this year, one of the headlining acts is a band your parents (and in some cases, grandparents) loved back in the late-'80s and early-'90s known as Gun N’ Roses. The group was known for their heavy metal music and even heavier amounts of alcohol and heroin flowing in their blood streams. If you haven’t heard of the band, well, you definitely played their music in Guitar Hero at some point in time and may have even played with their lead guitarist as a playable character, a man named Slash:

If you made it to the song part, then you heard the voice of front man Axl Rose, who will also be at Coachella. Rounding out the band members confirmed to be attending is bassist Duff McKagan. Other guest musicians will be playing with the band to round out the missing two members. In case you still can’t place this band, however, take a look at the music video below. Both the video and the song are considered iconic:

There are plenty of other art forms out there with people ripe for a comeback. Are you a fan of comedy? Well, two comedians are said to be gearing up for a comeback in 2016, with one being way more public with his than the other. After bringing back his old sketch show to Netflix under the new name “W/ Bob and David”, comedian David Cross is launching his first stand-up tour in six years! Somehow it feels even longer than that since the last special released by Cross was 2010’s “Bigger and Blackerer”. I know what you’re saying, “But Mr. Internet Writer, 2010 was six years ago.” Dear Internet Reader, I know that, but when you say six years, it sounds much shorter than when I first saw “Bigger and Blackerer”. No word on if a new special will be in the works from this tour. One might have to wager a guess that it will depend on how successful the tour is. In any case, if you would like to check out the special in the video below, you may, but shhhhhhh… I didn’t tell you (NSFW):

Another comedian looking to make a comeback is putting himself back in the fold in a similar fashion to how he disappeared in the first place. After abruptly leaving his successful sketch comedy show, “The Chappelle Show”, back in 2005 and shying out of the stand-up comedy spotlight, comedy legend Dave Chappelle has been seen going around to various Los Angeles clubs for drop-ins. He’s not billing himself or really letting anybody else do it for him. He’s just showing up to apparently cut his teeth and hone his craft once again… and that is amazing news! With all the craziness going on in the world today, we need Chappelle. I’m sure things have been building up in him for so long that now he feels it’s finally the time to release it full throttle, rather than just doing shows here and there in Ohio, where he lives with his wife and kids.

Chappelle even made an appearance in his first acting gig in almost ten years this year in Spike Lee’s Chi-Raq. It seems to be his style in just disappearing and reappearing. I’m sure once he starts touring or doing whatever, the news will explode again; however, no tour dates so far, no special premiere or really anything about Chappelle’s stand-up has been mentioned, but keep an eye out for a comeback. The man is funny and we are better when we have him around. You may be familiar Chappelle’s show but you may not be with his stand-up comedy, so check out my favorite special of his below, For What It’s Worth. Once again, you didn’t hear this from me (NSFW):

Finally rounding out the comeback craze isn’t a single artist of any kind, but in fact many collaborating on a cartoon show for Adult Swim called “The Venture Brothers”. The show was a somewhat early one for Adult Swim. It started off with a pilot in 2003 and since then has sporadically had seasons. To put it in perspective, the last season was Season 5, airing in 2013… Yup, ten years to make five seasons. To make themselves even more inconspicuous, “The Venture Brothers" and Adult Swim took their time to announce when the 6th season would air. Breaking the news last week, they off-handedly mentioned that Season 6 will premiere on January 31! It’s funny considering they had to write, animate, and record all the voices… so something tells me that takes much longer than a month to do all that. Alas, who cares how long they waited to break the news?! “The Venture Brothers” are back!

So far, 2016 is looking pretty good as a comeback year to some. Who knows what other celebs will be doing. Perhaps some ladies will, like Orpah. Oh, who am I kidding? Every time Oprah wakes up in the morning, she’s making a comeback. She will truly bury us all. Instead of some celebs, though, maybe it’s time you hop on that bandwagon and get those New Year's resolutions in order. Even if it’s just to stop eating Jack in the Box in your bed at 2AM, I can guarantee you that you will lose weight! Happy New Year!