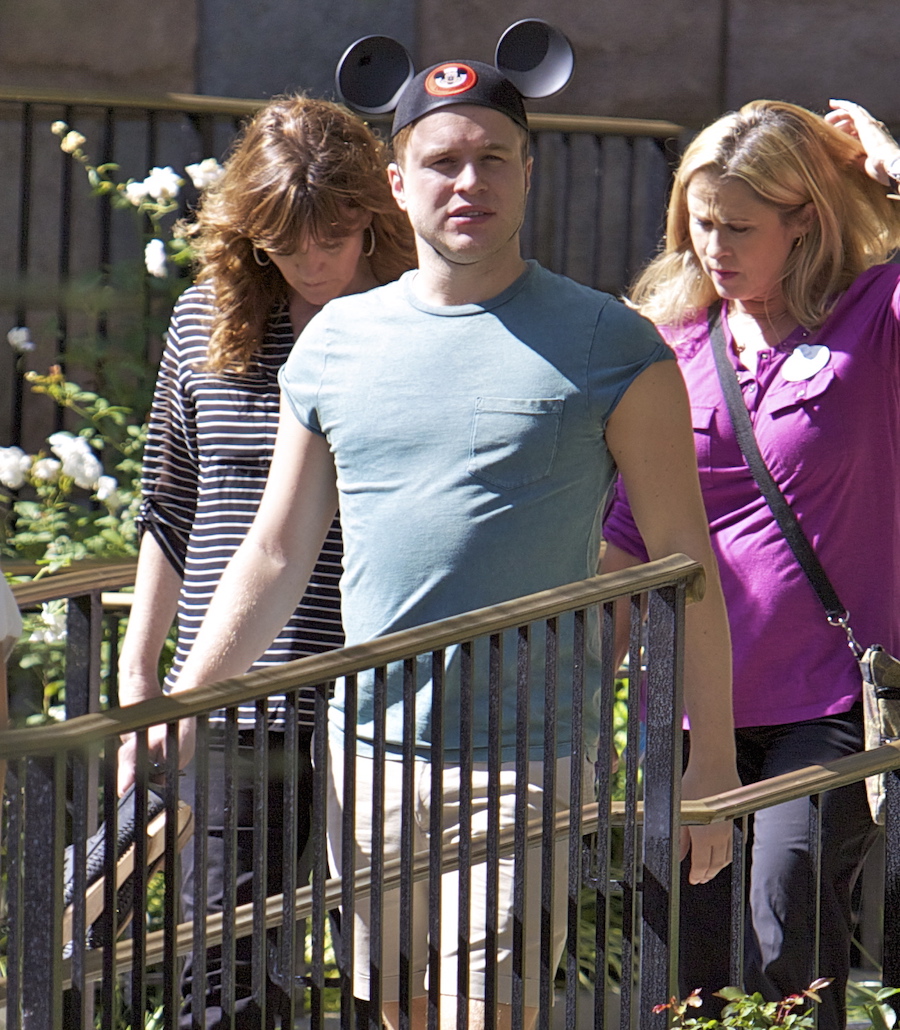 I love Disneyland. There, I said it. (Well, wrote it.) The problem with my love of Disneyland is that I didn’t go there until last year for the first time, when I was 26 years old. Thanks to the residence pass, my girlfriend and I took a two-day long trip there and got to see Disneyland and California Adventure at a major discount. This year, the residence pass is good for three days.

With such a sick deal in the works, I figured I’d give my fellow adults (and older teens) some much-needed advice on how to conduct yourselves, as well as how to have a best time possible. Trust me. If you follow these bits of advice, you won’t need to be like one of those kids whose parents need to put them on a leash. No, you will be the leash on yourself, which is a great jumping off point for tip numero uno, chiefs and chiefettes:

Sad but true. You may see these parents and want to trip them so the kid can actually have fun and explore. You’re only a kid once, so why not get lost in a magical world of somebody else’s design? Unfortunately, these kids are gonna be stuck under their parents' boot heels. (But if you did trip a parent, blame it on the leash tripping them. They may think twice next time.)

Seriously, pounding back some rum on Pirates of the Caribbean while checking out actual human remains sounds fun, but Disneyland doesn’t serve alcohol (California Adventure does, though). Take the pre-game to the parking lot or to Downtown Disney, but drink plenty of water to avoid the ever approaching mid-day hangover. You’re an adult, who says you can’t drink in the morning?

This isn’t Six Flags, not everything is your personal toilet. I know you just pre-gamed harder in the parking lot than alcoholics going to a Mormon wedding, but unless you want a sexual offender charge on your record, then take this one to the latrines, soldier.

4. Don’t Hit on the Disney Princes or Princesses

Fun fact (or possible urban legend): All of those people dressed up like your favorite Disney Princes or Princesses are probably hooking up behind the scenes. Other fun fact: That doesn’t give you the right to hit on them until the pressure mounts and they begrudgingly give you their (fake) number, like many of the strangers that want to get away from your clingy behind at bars and social events (family reunions). I don’t care if Aladdin was the dreamiest Prince of Thieves you ever saw, or if you think you could melt Elsa’s cold heart, just keep moving. Besides, if the actors are any good, then they won’t break character in pretending to have no idea what a phone is.

You may have heard of the big drop at the end of this ride, but the unholy crusade of animal-on-animal torture before the drop is much more frightening. A big warning if you’ve ever engaged in aTimothy Leary or Terence McKenna-style of experimentation, because let's just say you might have a dark revisit to a bad trip you previously took. (But if disturbing, graphic torture of cartoon animals done by other cartoon animals doesn’t scare you, then by all means, engage in Flash Mountain… it’s when you flash the ride cameras for all to see, but others have gotten creative by playing games of Jenga.)

Except when you should, that is. In case you don’t know what I’m talking about, then listen up… there’s a super fun Indiana Jones ride at Disney! In it, you hop in an old-timey jeep and whip around a cavernous temple evading giant snakes, rolling monstrous boulders, and other Indiana Jones-style classic thrills. It’s all fun and games until the ride breaks down for the 12th time of the day and it’s only 9:37 AM. The line is pretty viciously long, and if you aren’t even in the temple yet and people start sitting on the ground as they wait for it to be fixed, then you’re probably better off leaving for the time being. When in the temple itself, though, it’s still not a bad idea to leave, until you can hear the video playing in the room right before you get on the ride, in which case stay in line and wait it out. But be warned… there’s no cell phone service for most!

Disney has a pretty cool thing called the Fast Pass. It works with a card you get when you first enter the park that proves you didn’t dig your way in underground or evade any overly expensive walls with simple, cheap ropes and ladders. It gives you a quick way to beat the lines and get to the front, but you can only get one at a time. It’s great for Space Mountain and Cars (California Adventure, but might be the best ride in either park), which have lines that pile up quick. You may be saying that Fast Pass saves time more than lives but our only currency in life is time, so there.

You may have heard of the secret members-only club called Club 33, where the fine dining and only booze in Disneyland is plentiful. What you may not know is this club is very eerily easy to find. I’m not going to tell you where it is, because what’s the fun in that, but when you find it, you’ll find a door with just a keyhole. Trust me, no matter how hard you bang on it, nobody will answer. They don’t want you and to make matters worse, if you try to join, the membership fee is through the roof, and some years they don’t even offer memberships. Walt Disney may have said, “If you can dream it you can do it,” but you’re better off letting the dream of joining Club 33 die.

This one is for our friends with OCD. Look, I get that you want to clean it up. If I didn’t make my bed one morning (who’s kidding? I’ve never made my bed), my grandma would freak out and make it but wouldn’t stop until she could bounce a coin off it. I get it, but people like to scatter the ashes of their loved ones throughout the park. It’s a bit of a problem to the point that the staff knows the warning sighs of these human remains dumpers. Favorite rides of these folks are Pirates of the Caribbean (which has some actual human bones in it already) and Haunted Mansion, for obvious reasons. You can even find Haunted Mansion urns online.

10. The Firehouse is Haunted (Maybe)
So there’s a big legend that Disney himself had an apartment in the park above the faux fire department in Disney. He would turn on his lamp to signal to staff that he was working and turn it off when he was done or left for the night. The night he died, the crew shut the light off but they claim that it was turned on the next day. The legend continues where all these years later, it still hasn’t gone out, so what does that mean? This place is crazy friggin’ haunted! Stay away! That’s some dark magik stuff (magic with a “k” so you know it’s bad). But it’s suspicious that they don’t allow tours of the apartment. No real reason has been given out, so what could it mean? Either Walt’s ghost haunts that kitchenette, or he’s actually alive like everybody says and is just watching the days go by from his workspace. Either way, that’s creepy.

11. Don’t Feed or Make Friends with the Cats

You may see stray cats wandering around Disneyland and think they’re lost pets from some idiots who smuggled their pets in. You’re actually wrong. Disneyland takes in stray cats to stalk the park and hunt for mice and other rodents (ironic considering their mascot is a mouse...hmmm). I advise you to stay away because if you get bit and start foaming out the mouth, that’s certainly not pixie foam leaking out of your skull… it’s rabies.

So there you have it, some good commandments to stick by if it’s your first time ever at Disney and you’re an adult. Whether you live in Cali or not, I hope I somehow helped your journey to the House of Mouse go smoother!