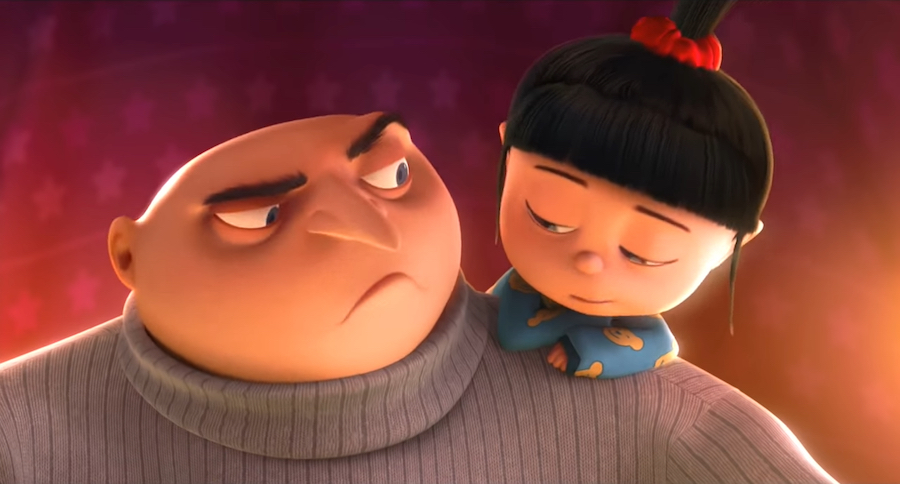 Even though it feels like 2010 was just yesterday, it’s been a whole decade! 2010 was a great year for movies, whether you realize it or not, and here are 10 amazing movies turning 10 this year!

Alice in Wonderland, the live-action movie directed by Tim Burton, was released March 5, 2010, and featuresMia Wasikowska as Alice, Johnny Depp as the Mad Hatter, Helena Bonham Carter as the Red Queen, and Anne Hathaway as the White Queen. The fantasy film is definitely one of the best Disney live-action remakes, featuring some of the best actors!

If you’re a fan of the 1970s all-girl rock band The Runaways, or its frontwomen Joan Jett andCherie Currie, you’ll love this movie! This musical-drama turned ten on March 19, and features Kristen Stewart as Joan and Dakota Fanning as Cherie. The movie shows the rise and fall of the band, as well as the controversy of being an all-female rock band.

Where to Watch: Netflix

3. How To Train Your Dragon

How To Train Your Dragon is one of the best animated fantasy movies I’ve ever seen! The movie, which was released March 26, 2010, tells the story of a young viking boy, Hiccup, who lives in a world inhabited by vikings and dragons who don’t get along. Hiccup has always wanted to fight dragons like his father, but when he gets the chance to prove himself, he realizes that not all dragons are as scary and cruel as he was led to believe. The movie led to two more films and multiple TV series and short films.

The Last Song is a romance-drama film based off of the book byNicholas Sparks. The film, featuring Miley Cyrus as rebellious teen Veronica “Ronnie” Miller and Liam Hemsworth as her love interest Will Blakelee, was released March 31, 2010, and kicked off the real-life relationship between Cyrus and Hemsworth, which sadly ended last year.

I Spit on your Grave is one of the most disturbing and sad horror-thrillers I have ever seen. The film turned ten on May 1, and is definitely not for the faint of heart. The film, starringSarah Butler, is about a writer who decides to spend a few months alone in a cabin in the woods to work on her writing. After turning down a local, he comes to her house with a group of friends who rape and abuse her, leaving her for dead. She survives and seeks revenge on them.

Despicable Me is another fun animated film that was released on July 9, 2010, featuring Steve Carellas supervillain Gru, and Miranda Cosgrove,Elsie Fisher, and Dana Gaier as orphaned sisters Margo, Agnes, and Edith. When Gru develops a fatherly bond with these three girls, his evil plot to steal the Moon gets turned around. Not only is this one of the cutest animated movies, it also features the loveable Minions characters, leading to two more movies and two Minions movies, with a third coming out in 2021.

Where to Watch: Netflix, Hulu

I recently discovered the movie Flipped, which was first released August 6, 2010. This coming-of-age romcom is about a girl, Juli Baker (Madeline Carroll), who moves to a new house and falls in love with her neighbor, Bryce Loski (Callan McAuliffe). Bryce does not feel the same for Juli, however that does not stop her (slightly obsessive) crush from lasting until high school. When Juli finally begins to give up on a potential romance with Bryce, he starts to fall in love with her.

Where to Watch: HBO Max

8. Scott Pilgrim vs. The World

Scott Pilgrim vs. The World stars one of everyone’s favorite actors, Michael Cera, as Scott Pilgrim. This action-romance movie was released August 13, 2010, and is one of the funniest movies I’ve ever seen, as well as a film that perfectly captures the late-2000s/early-2010s. Scott is the bass guitarist of a band, which has led him to get almost any girl he wants. But in order to date Ramona Flowers (Mary Elizabeth Winstead), he must first battle all 7 of her exes. This film mimics the style of a video game, leading up to her most recent, and the hardest, ex to defeat, Gideon Gordon Graves (Jason Schwartzman).

Where to Watch: Cinemax, Netflix

Easy A, released September 17, 2010, is one of the best teen comedies, starring Emma Stone as high school protagonist Olive Penderghast. Olive is a “goody two-shoes” who falsely tells her best friend that she lost her virginity over the weekend. When school gossip Marianne (Amanda Bynes) overhears this, the rumor spreads like wildfire. Olive decides to use the already negative attention on her to help her gay best friend convince everyone that he is straight by pretending to sleep with him at a party. This leads to a train of guys wanting Olive to pretend to sleep with them for various reasons.

Where to Watch: Hulu

Last but not least, Tangled is one of my all time favorite movies! It was a big shock when I realized my favorite Disney animation will be turning ten on November 24. Tangled is about a young girl, Rapunzel (Mandy Moore), who has magical hair that glows and has healing powers when she sings. Rapunzel’s “mother” Gothel (Donna Murphy) keeps her locked in a tower hidden in the woods to “protect her” from the outside world, who she says would only try to use her magic for evil. What Rapunzel doesn’t know is that she is actually a lost princess, kidnapped by mother Gothel when she was a young girl.