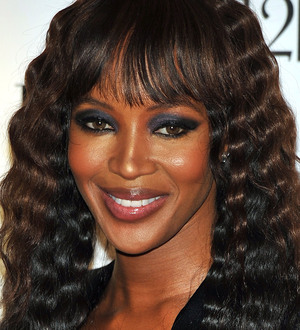 Naomi Campbell had to scrap plans to host a fundraising event for the people of Syria during London Fashion Week after she was told the cause was "too political".

The British supermodel has hosted a number of runway shows in recent years through her Fashion For Relief charity to raise money for causes including earthquake relief efforts in Haiti.

Campbell had wanted to stage a show in aid of Syria, which has been rocked by unrest for several months, but she was warned not get involved.

She tells Britain's Mail on Sunday, "I've been following what's happening on TV and I feel so helpless watching innocent children and people getting killed (in Syria). It just makes me want to do something. With Fashion Week currently on the go, I was thinking about staging another charity event, this time for Syria, but my people have told me it's too political for me to get involved in."