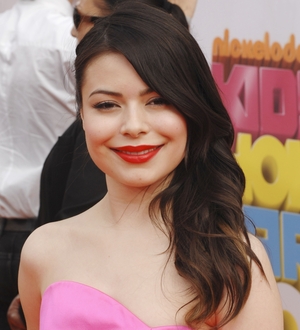 Miranda Cosgrove's mum was badly injured in the bus crash which left the teenage singer/actress with a broken ankle on Thursday morning (11Aug11).

The iCarly star and her entourage were en route to Wichita, Kansas for a concert on Friday (12Aug11) when their bus collided with a tractor.

Miranda Cosgrove was left with a broken ankle, forcing her to pull out of her Dancing Crazy Tour.

But the 18 year old wasn't only the person hurt in the accident - her mum and bus driver are also recovering from injuries.

A source tells People.com, "Miranda's mom was on the bus with her and got really beaten up by the crash. She's expected to fully recover, but it's scary because the driver was hurt, too, and he's in really bad shape.

"This was a life-threatening crash. A piece from the tractor-trailer went straight through the windshield and the driver's arm was sliced all the way through."

The driver is said to be in a critical condition in hospital.