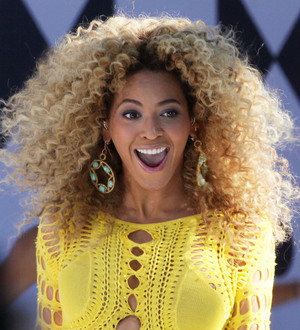 Beyonce's video shoot for her forthcoming single Party was disrupted earlier this week (beg01Aug11) when a rowdy male onlooker was arrested for allegedly attacking a police officer with an egg.

The R&B superstar was shooting the promo for her Kanye West and Andre 3000 collaboration in a trailer park in South Brunswick, New Jersey when an unidentified 23-year-old man began shouting and screaming at the film crew.

The suspect was removed from the set twice but managed to sneak in again - and reportedly hurled an egg at a cop.

He was arrested for trespassing and disorderly conduct and subsequently released, according to TMZ.com.

Beyonce's former Destiny's Child bandmate, Kelly Rowland, and her sister, Solange, were also on set for the video shoot.