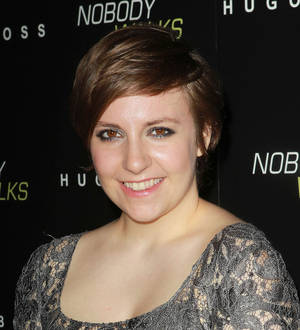 Girls star Lena Dunham has struck up a friendship with Taylor Swift over Twitter.com.

The actress/writer used the social networking site to express her love for the chart-topping singer, although she admits her followers criticized her for liking Swift's pop music.

Dunham tells V magazine, "We have D.M.'ed (direct messaged). I'm a really big fan. She started following me, and here's how you find out Taylor Swift is following you: you start hearing from all the insane Taylor Swift fans that are like, 'If Taylor Swift loves you I love you.'

"So I sent her a message. I was like, 'I just want to let you know that your albums have gotten me through a lot of very hard times.' When I tweeted that her new album was amazing, every one of my Twitter followers was like, 'I so hope that you're joking.' But I have no interest in liking anything ironically. If I wanted to be ironic, I'd grow a mustache."