Justin Bieber not a brat on flight 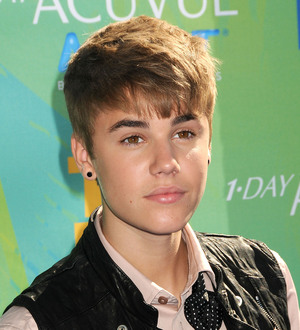 Justin Bieber has denied reports he acted like a "brat" on a recent flight after a fellow passenger accused the pop star of giving staff a hard time before take-off.

The teen sensation allegedly behaved badly on an American Airlines flight from Los Angeles to Asia earlier this week (begs08Aug11), reportedly refusing to take his seat before the plane took off and then being rude to airline employees throughout the journey.

A source told Fox411.com, "He gave the staff a really hard time the whole flight, nobody could believe it. And then at the end, the captain introduced himself to Justin and kindly asked for an autograph, and he rudely refused."

However, the Baby singer insists he is baffled by the reports, insisting they are "made up".

He tells TMZ.com, "I have no clue. I have never heard that rumor. I don't think you should believe everything you hear. People make up stuff all the time."

It's not the first time Justin Bieber has been accused of brattish behavior - CSI: Crime Scene Investigation star Marg Helgenberger claimed the star was difficult to work with when he filmed a guest spot on the show earlier this year (11).