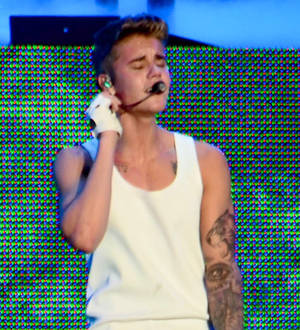 Justin Bieber needs a watch for Christmas - he kept fans in Australia waiting for a show in Sydney on Friday night (29Nov13).

The pop superstar, who has hit the headlines for his tardiness at gigs all over the world this year, kept a sold out audience at Allphones Arena waiting 40 minutes before kicking off his set, according to local news reports.

The news story broke just days after Bieber upset parents in Brisbane earlier this week (beg25Nov13) when he took to the stage for a show in the city late, just before 10pm.

The Baby hitmaker will return to the Sydney arena for a second show on Saturday (30Nov13).