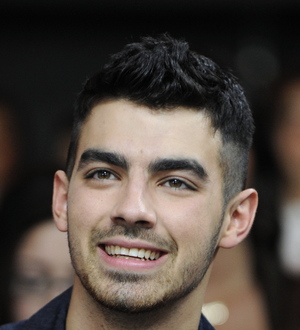 Joe Jonas feels sorry for actress Olivia Wilde - because she's living in the haunted house he once called home.

The Tron: Legacy star recently opened up about her haunted home in the Hollywood Hills and revealed it used to be the Jonas Brothers star's pad, and the singer confesses he knew it was a spooky place when he left.

He says, "I never really believed in ghosts until I moved to this house, and some creepy stuff went on.

"I had a buddy staying in the house while I was on tour and, at about 4am, there were knocks on the door and flashlights. There was cops out front. The cops got a 911 phone call from in the house - we don't have a house line - (and a person) said all my roommates' names, said my name... and said, 'Help me, help me, help me...' and the phone cut out.

"Then, one night at 4am, I was asleep in the house and it was my roommate's birthday and I heard someone come in the door; it was loud, things got knocked over. I was like, 'He's drunk, he's having a good time on his birthday,' and the next morning... I got up, went to his room, no one was there, my other roommate wasn't home... Nothing was stolen, so it wasn't a burglar."