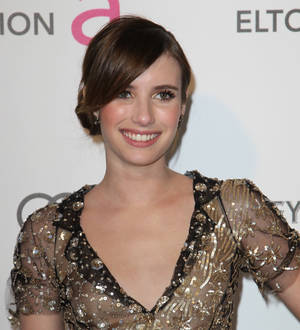 Director Harmony Korine has no hard feelings against actress Emma Roberts for dropping out of his new crime movie Spring Breakers, insisting his style of filmmaking "is not for everyone".

The Scream 4 star, 22, was initially signed up alongside Selena Gomez and Vanessa Hudgens to shed their clean-cut images and play college students gone bad, but she ended up pulling out of the project - and Korine can understand why.

He tells the New York Post, "That was just - what do you call it? Creative differences. I make a specific type of film, and it goes hard. It's not always for everyone."

He says, "I think at times it was overwhelming for them. But I thought that was part of the scene and that's how they should be feeling."

The intimate scenes even prompted former Disney star Hudgens to rule out taking part in any other sex shoots in the future - she previously said, "It was very nerve-racking for me. I told my agent that I never want to do it ever again."