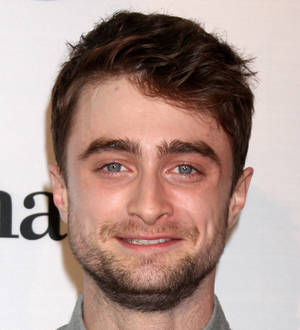 English actor Daniel Radcliffe helped his co-star Jon Hamm perfect his British accent for TV series A Young Doctor's Notebook by making a recording of himself reading all of the Mad Men hunk's lines.

Missouri native Hamm admits he needed to put in a lot of linguistic work to improve the bad accent he had picked up from watching beloved British comedy troupe Monty Python as a youth, and decided to recruit the young Harry Potter star and TV director Alex Hardcastle to show him how it's done.

The 43 year old explains, "I'm sure I was excoriated in the British press for my terrible British accent, but it was fun...

"He (Radcliffe) and Alex Hardcastle, who directed the first season of the show, read every one of my lines into a recorder, so I was able to at least hear how it's supposed to sound, and then sort of sound like that."

Radcliffe and Hamm play younger and older versions of the same character, a Russian doctor, at different stages of his life in A Young Doctor's Notebook, which is inspired by a collection of short stories by Russian playwright Mikhail Bulgakov and is set during the Russian Revolution.