Why We Couldn't Get Enough of HBO's "Sharp Objects"! 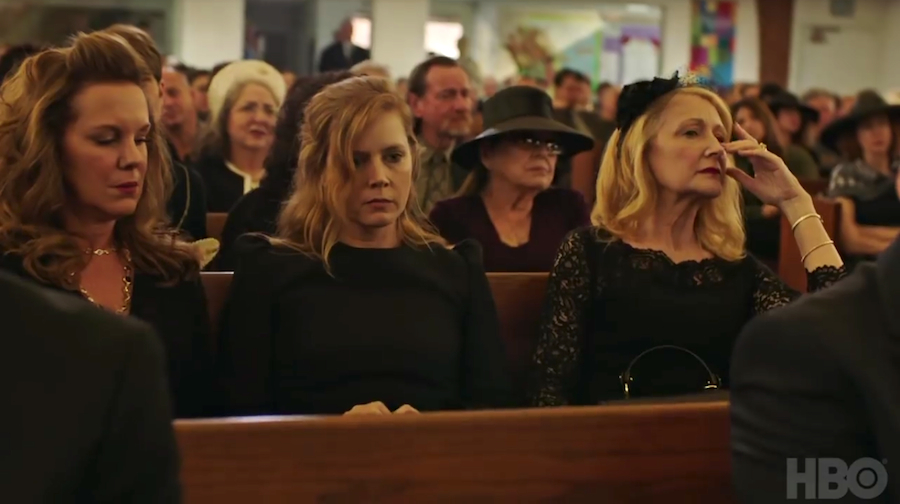 The HBO miniseries "Sharp Objects" aired its finale this past Sunday night, and it collectively shook its entire viewing audience. We’re talking mouth open, yelling at your screen levels of shook. "Sharp Objects" is intriguing, disturbing, and mesmerizing. This show will wrap you up in its story and you won’t be able to escape until you’ve seen how it will end. Once you get there, the ending will leave you absolutely floored. Here’s a spoiler-free summary why viewers couldn’t get enough...

"Sharp Objects" is based on a novel by Gillian Flynn, the same writer of Gone Girl, and this woman knows how to create a slow-burning mystery. "Sharp Objects" is indeed a very, very slow burn. She also excels at creating complicated female characters, imperfect women who tear down the notion of Good Girls vs. Bad Girls. Camille Preaker, a newspaper reporter in St. Louis, is sent on a job to her hometown of Wind Gap, Missouri, to write a story about the murder of a young girl and the disappearance of another. Once she arrives the missing girl’s body turns up, and the town starts to panic. Amy Adams perfectly plays Camille, who suffers from haunting memories and hallucinations from her past. This woman we’re rooting for is not rooting for herself; she can’t stay away from alcohol or sharp objects that she uses to cut words into her skin. Despite her reservations about going home, she takes the job and begins to question the many dubious characters in Wind Gap. The most mysterious characters of all are her own family members—her mother, whose words can cut Camille down in an instant; her step-father, who silently watches his wife create misery; and her half-sister, who has tricked her mother into thinking she’s an angel when possibly the opposite is true. The only person we fully trust is the broken, former “it girl” of Wind Gap, Camille Preaker.

Every episode of "Sharp Objects" is directed by Jean-Marc Vallée, the Emmy-winning director of another HBO juggernaut, "Big Little Lies". Some of his style from "Big Little Lies" has carried over, including the importance of music, and the use of stereos and characters’ own playlists to constitute the soundtrack. Music is an escape for Camille, but it keeps the viewer tied to the scene with its unpredictable starts, stops, and volume changes. "Sharp Objects" plays out like a long movie rather than a TV series, and every episode is filled with the same elements of small town suffocation, poorly-hidden demons, and outright depravity covered up with politeness. If you’re from a small town, you might recognize the aspects of life that Camille both hates and is nostalgic for. These include the peeling murals on brick walls, the lack of anonymity, the gossip, and the luncheons. The elegant manor-house that Camille grew up in is the only element of grandeur left in an otherwise fading town, but even this has begun to decay.

It might feel like I’ve said a lot about the plot, but there’s so much more to "Sharp Objects" than what I’ve described. The whodunnit aspect of the show will keep you on the edge of your seat, though you’ll be there for a very long time—don’t miss the end credits of the last episode! I had my theory about who the murderer was, but even if you guess right, you’re not really right—this isn’t something you can fully predict.

"Sharp Objects" is a mini-series that creates such a concise, cohesive package with undeniably meaningful imagery. As much as everyone wishes the show would never end, there’s something haunting about the knowledge that you’ve seen the official end of something. It’s hard to watch in parts because of the violent imagery, but it’s worth it for the slow-burning mystery and the vivid portrait of Southern small town life and its inhabitants. Pour yourself some sweet tea (hold the whiskey) and go watch it now on HBO Go or HBO Now!