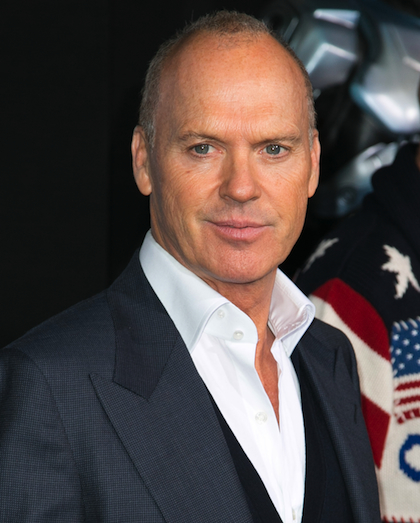 From the director who dazzled you with 21 Grams, Babel, and Biutiful, and the cinematographer who blew your mind with The Tree of Life and Gravity comes Birdman, the black comedy that is sure to confound and delight at the same time.

Alejandro González Iñárritu and Emmanuel Lubezki have teamed up to bring you what could only be visual and cerebral feast, the first trailer of which has just dropped, and even though I have no idea what the hell is happening, I want my butt in a theatre seat when this puppy opens in October.

Aside from the geniuses behind the camera, this film marks a semi-comeback for one Mr. Michael Keaton. Ah, yes, Michael Keaton. It’s hard to believe that the same arch-eyebrowed goofball who played Mr. Mom and Beetlejuice was also the first (legit) big screen Batman. That’s what we in the biz like to call “versatility”. Here, now, we have Mr. Keaton in the role of Riggan Thomson, a Hollywood has-been best known for playing an iconic superhero (hm, sounds familiar) who tries to make a comeback by mounting a Broadway play. What could go wrong?

The cast also boasts such names as Emma Stone, Zach Galifianakis, Noami Watts, Edward Norton (in tighty-whiteys), and Amy Ryan, so there’s really no slouching at all in front of or behind the camera for this. The visual style is reminiscent of Fight Club (as is Norton’s little appearance at the end) with some touches of whimsy that remind me of Ben Stiller’s highly-underrated The Secret Life of Walter Mitty. In other words, I can’t wait.

Check out the trailer below and be sure to go see it when it opens on October 17!