HIDDEN ON STREAMING: 'When We First Met' 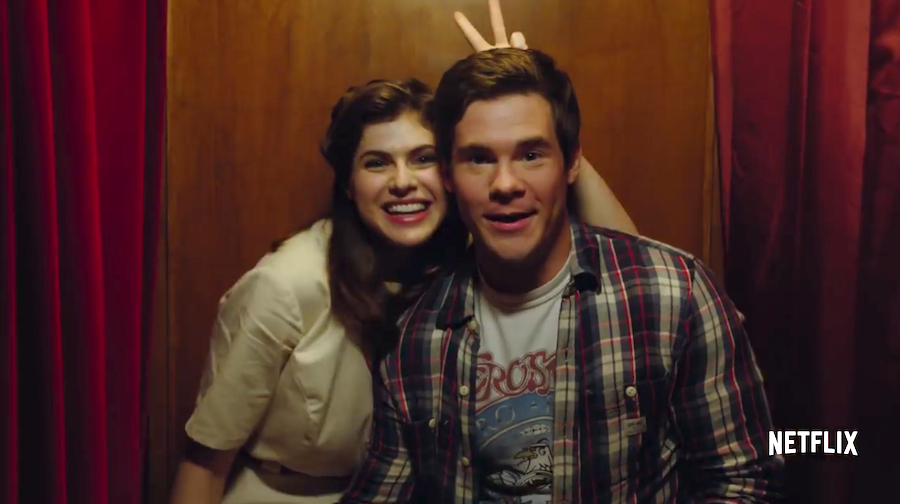 Do you ever wish you could re-do one day in your life? The one day that could change your life forever?

Well, Noah does, and he gets his chance... more than once.

Noah, played by Adam DeVine, is the main character in the Netflix Original, When We First Met.

As you can see, Noah gets a chance to win back his best friend/love, Avery, played by Alexandra Daddario. In the first act, we see her engaged to Ethan, played by Robbie Amell. With a twist on the Groundhog's Day tale with a little Hot Tub Time Machine thrown in, this rom-com is cute and hilarious!

Via photo booth, Noah is able to send himself back in time to the day he met Avery at a Halloween party. With the help of his best friend, Max, played by Andrew Bachelor a.k.a. King Bach, Noah learns that maybe sometimes fate has other plans for you.

DeVine plays a lovable but sometimes misguided protagonist pining over his beautiful and seemingly perfect friend Avery after being friend-zoned the night they met. Three years later, Noah is given another chance to live out the night he met Avery and we see how things could have been.

The story also toys around with the idea of fate, destiny, and most of all the importance of recognizing opportunities. After watching the movie, one can easily see that sometimes taking a step back to see the bigger picture can be the saving grace in a lot of situations.

This movie is funny, cute, and I think it's a hidden Netflix gem in the romantic comedy genre. The cast is wonderful and I recommend this movie simply for the feel-goods!

Speaking of both Adam DeVine and going back in time, just for fun let's flashback to this set visit to Adam's show "Workaholics" and some epic freestylin'!