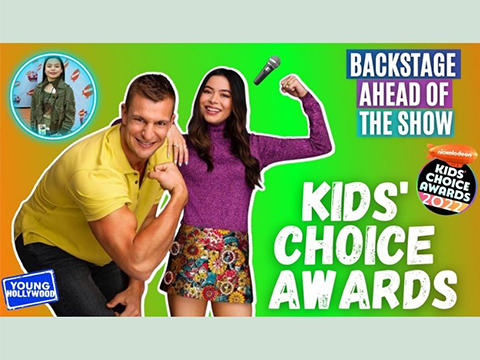 The Kids' Choice Awards are back and bigger than ever, with more green slime than you could ever want and a most iconic pair of hosts for this year's show! NFL legend Rob Gronkowski is teaming up with Nickelodeon legend Miranda Cosgrove to present the KCAs this year, and Young Hollywood goes behind the scenes of the big event to catch up with the talented twosome! The pair reminisce on KCA memories from years past, including what it feels (and tastes) like to get slimed and memorable fashion moments! Plus, Gronk shares his thoughts on his friend and former teammate Tom Brady being among the nominees this year, and Miranda reveals whether or not there is an "iCarly" cameo in Gronk's future!