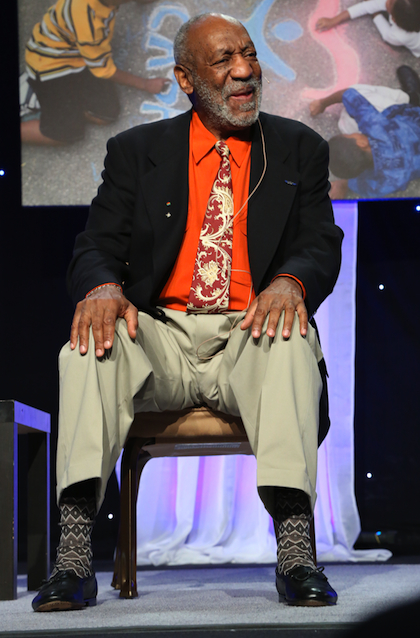 About 30 years ago, comedian Bill Cosby starred on his own sitcom, “The Cosby Show”, for the television network NBC. At the time, NBC was at the bottom of the ratings game, but “The Cosby Show” came just in time to save the network. Today, NBC has found itself struggling once more, which was often the subject of jokes and plot points in one of its long-running shows, “30 Rock”.

So, what does this have to do with Bill Cosby? Well, Cosby has a new multi-camera sitcom for NBC that has entered the writing stage and is due out next summer or Fall 2015! That’s right, the network notorious for sticking with the single camera format is going to switch things up, and who better to do it with than the 77-year old comedy legend? Not much is known besides that fact that it will deal with extended families, and is rumored to also star Mike O’Malley of “Glee” fame. One can only assume from these vague bits of information that the show will be about a multi-racial family, something we don't see often enough as the focus of a show.

NBC seems intent on bringing more star power to their programming. What could go wrong with that?