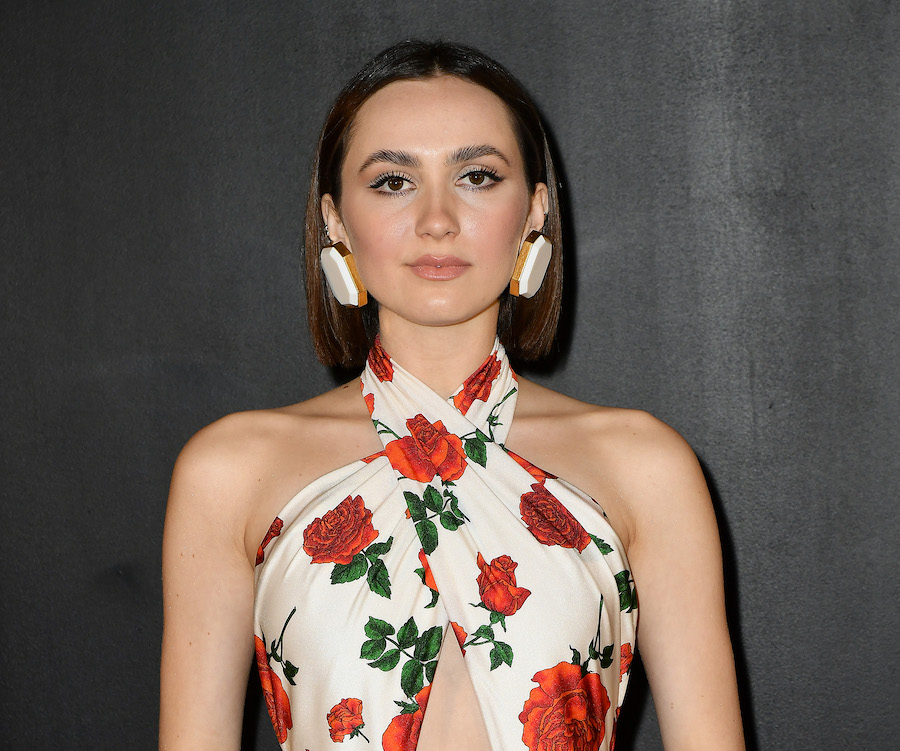 The beginning of Spring means one thing and one thing only: Fashion Week! Taking place primarily in Paris, fashion royalty attended the runway shows of some of the top designers in the world from February 28th to March 8th. While the shows helped spell out the trends for 2022 — spoiler alert: random cutouts, layered knits, and feathers are IN — fashion influencers also stole the show with some out-of-this-world fits. From layered masterpieces to ingenious uses of everyday objects, here are a few of the most iconic looks off the runway!

Paris Jackson, daughter of pop icon Michael Jackson, showed up at the Vivienne Westwood show in a stunning polka dot dress paired with a wide purple belt. Although Jackson was just an attendee at this year’s show, she is a rising model herself repped by IMG that has recently paired with Givenchy for a shoot. Hopefully next year we will see her on the catwalk!

Kim K’s famous curves were highlighted this week when she decided to go for an all-tape look for the Balenciaga show. To create the outfit, Kardashian’s team wrapped her skintight black bodysuit, high-heeled boots, and bag in yellow tape emblazoned with the Balenciaga logo. While the outfit was a head-turner, it was nearly impossible to walk in. New York Times fashion critic Vanessa Friedmanreported that every step the Skims founder took resulted in a squeaking noise, with the influencer afraid to sit down due to the fear of the tape ripping.  A video of the Kardashian walking the fit went viral on Twitter, with many users having a lot to say about her awkward attempts not to rip the tape. The things we do for fashion...

The walk ? Kim was struggling ? pic.twitter.com/Eg1kNnsowe

The queen of the Philippines and inspiration for Astrid in the Crazy Rich Asians movie, Heart Evangelista stunned the rest of the world with a unique blue-themed look. Evangelista paired a gorgeous blue Louis Vuitton bag with a brown coat and blue LV satin wrap. The actress and influencer did not only attend many of the exclusive shows but also dined with Anna Wintour herself in the midst of the event.

Everyone’s favorite character from "Euphoria" has made the most of her buzz in the series, showing up to Fashion Week in style. “It was my first fashion week ever,” Apatow said in an interview with Vogue. “It was just so beautiful. I never say this, but it was literally breathtaking.” Apatow wore a YSL floral jumpsuit complete with a white YSL bag that perfectly symbolized the city of love. “I think the last time I wore a full jumpsuit was when I did the musical Cats in high school!” she said. “In fact, I’m not sure if I’ve ever worn anything this bold before, but I was like, if there’s ever a time to do it, I guess this is it.”

Styled by Mickael Carpin, model Cindy Bruna rode the Miu Miu trend HARD, wearing the iconic miniskirt look that went viral on TikTok prior to the beginning of Fashion Week. The look is a precarious one to pull off as the low-rise skirt bares all. Luckily, Bruna’s abs of steel were on full display — we need the workout routine, stat!

What looks stunned you at Paris Fashion Week?